Due to immigration rules, maritime law and a monetary claim against the vessel, the men had to stay on the ship for months.
WPVI
By Jillian Mele 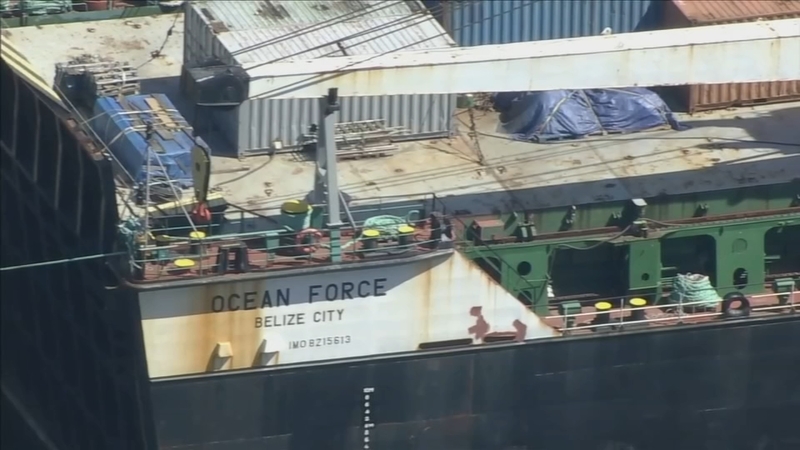 PHILADELPHIA (WPVI) -- After nine months onboard the Ocean Force vessel, seven Ukrainian sailors walked onto the streets of Philadelphia Wednesday.

But it didn't come without a tremendous amount of heartache.

"We were celebrating on February 23 that these men would be going home, and then calling the captain the next day after the situation changed. That was very difficult," says ITF Inspector Barbara Shipley.

On February 24, Russia invaded Ukraine and these men had family in harm's way, but they were stuck at sea with no way to help and nowhere to go.

Due to immigration rules, maritime law and a monetary claim against the vessel, the men had to stay on board and they've been at port in Philadelphia for months.

"They were basically detained on the vessel until indefinitely. The conditions -- they were rough. When I first went on the vessel in January, they had no heat. The boiler was broke, so we got blankets on board and the seafarers center brought in heaters and converters to get them heat immediately," said Shipley.

But thanks to a multi-agency effort, the men now have the opportunity to figure out what's next.

Honorary Consulate of Ukraine Iryna Mazur said, "We were provided a release from the vessel to be able to step on U.S. soil and then they will proceed with the avenues that we will discuss."

The captain said this was the happiest day of their lives.

And when asked if the men feel the love and support, they simply responded, "Oh yea, always!"