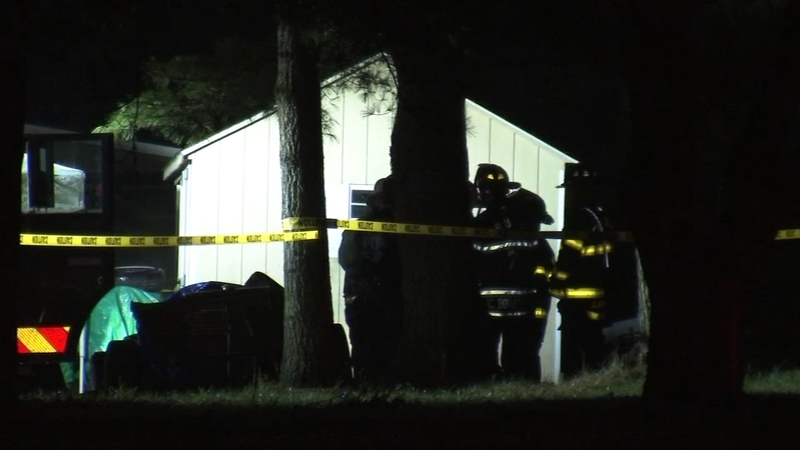 UNION TOWNSHIP, Pennsylvania (WPVI) -- Two people were killed inside their Berks County home by a man who then set himself on fire in a nearby garage, state police said Monday.

Police in Berks County say the three bodies were found after crews were dispatched to the 900 block of Chestnut Street, in Union Township, shortly before 5:30 p.m. Saturday.

Police identified two of the deceased as 60-year-old Ira Reed Jr. and 63-year-old Joanne Deluca. Investigators said both died of blunt force trauma injuries before the fire. The weapon used was a hammer, police said.

The identity of the third person has not yet been made public, but authorities said there was no lingering danger to the public.

Police said it is believed the man poured a flammable liquid on himself and then set himself on fire in a detached garage.

Berks County DA John Adams came short of saying Deluca's son was behind this murderous rampage, but he did say this case is all but closed.

"The individuals that were confined to this home and lost their lives in this unfortunate incident were the only individuals involved," he said.