Suspect arrested for University City attack may have targeted others, police say 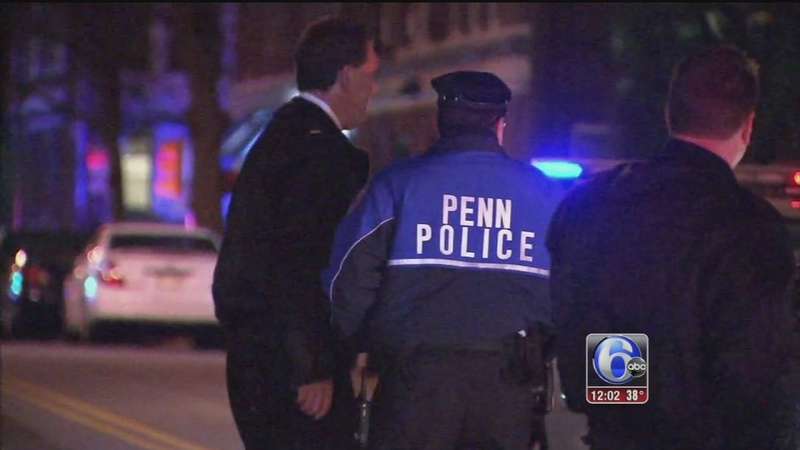 The suspect, who has not been identified yet, is being held on $150,000 bail. He faces charges of robbery and aggravated assault.

A 38-year-old woman got off the bus at 42nd Street. She walked a block down to 41st and Pine streets when police say a man struck her in the back head with a metal bicycle lock.

"We think he was trolling out here for females who were walking alone, trying to rob them," said Lt. John Walker, Philadelphia Police.

The woman fought back but the attacker dragged her down the street, all while her items - books and papers - were thrown over the street.

However, that's when the tables turned - an alert officer spotted the ongoing fight.

"Officers were in the area, they see the struggle between the male and female and they immediately jumped out onto the male and rescued the female," said Lt. Walker.

The man was taken into custody while the student was treated for her injuries.

"We're very fortunate we were able to intervene here. Obviously, she has a laceration but we don't know how far this could've gone," said Lt Walker.

Police believe the same man is responsible for groping two Drexel students Thursday morning on Powelton Avenue - one near 34th Street and the other by 35th.

Police say surveillance video has also connected the man to an assault and robbery last Saturday at 41st and Sansom streets. Now detectives are trying to determine if he sexually assaulted and robbed a student on Monday at 47th and Chestnut. That attack had a similar m.o. and shocked those who live nearby.

"It's a huge concern too, at least from myself and my friends, we tend to travel in groups - especially for the girls, we try and walk them home," said Chris Purdy, University of Pennsylvania.

University of Pennsylvania student Andrea Davidson got an alert on her cell phone about the assaults in the area.

"It's nice to have an update on that. They'll keep sending them out and updating us on that because I'm walking home alone by myself a lot of the time," said Davidson.

As for the victim, she was taken to an area hospital for treatment.