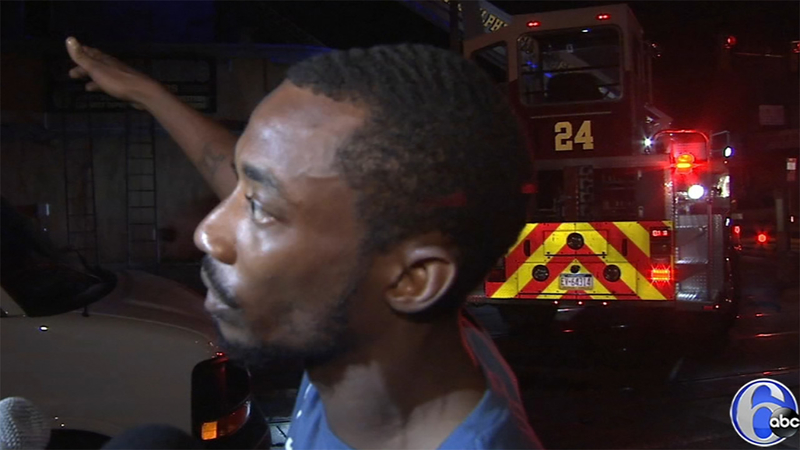 PHILADELPHIA (WPVI) -- Philadelphia Eagles wide receiver Nelson Agholor is responding after he got called out by a good Samaritan during an interview at the scene of a fire early Monday morning.

The flames broke out around 2:15 a.m. on 1200 block of N. 52nd Street. Firefighters helped 10 people down from the upstairs apartments, six of whom were children.

Hakim Laws was there as the intense ordeal unfolded, but it was his interview after a rough Eagles loss on Sunday that has captured nationwide attention.

"I see a guy hanging out the window screaming that his kids was in there, things like that. So I ran to the back door to see if it was open and it was. I ran upstairs, and I was greeted with smoke. I ran back downstairs. By that time the ladder truck was pulling up," said Laws. "My man just started throwing babies out the window and we was catching them, unlike Agholor," said Laws describing the fast moving fire.

Agholor responded on Monday night saying in a tweet," Thank you for being a hero in the community, would like to invite you and your family to the next home game Twitter help me out and get me in touch with him."

One person was injured in the blaze.