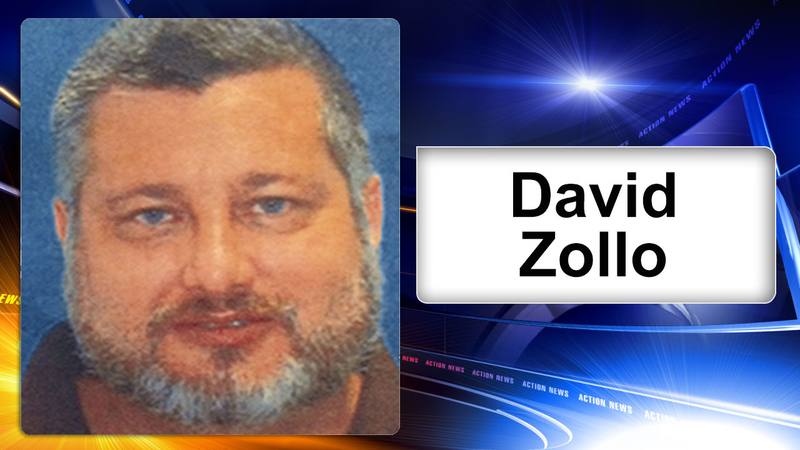 CLIFTON HEIGHTS, Pa. (WPVI) -- Police in Upper Darby say officers were justified in killing a man in Clifton Heights and their statement was also supported by the wife of the man they shot.

"He was going to commit suicide and he wanted the police to take him down, take him away, whatever. When you look at the whole scenario based on my experience, this is what they call suicide by cop," Upper Darby Police Superintendent Michael Chitwood said.

The incident began at 7:10 p.m. Tuesday on the grounds of Bishop Hill Apartments located at 151 E. Bishop Avenue.

Chitwood says 54-year-old David Zollo of Upper Darby called 911 saying he had a knife, was suicidal and dangerous.

Chopper 6 over the scene of a shooting in Clifton Heights, Pa.

Three officers including one specially trained to deal with the mentally ill responded.

"The officer confronted the male and as they did he aggressively started toward them. One of the officers, Michael Taylor, fired his Tazer at the individual, striking him in the chest," Chitwood said.

But the non-lethal effort failed and Chitwood said Zollo continued to come toward the officers with a knife.

@UDPolice on scene of officer involved shooting. Suspect was a man in his 50s, came at police with knife. @6abc pic.twitter.com/uD81EC4aUG

Zollo had no criminal record, Chitwood says, but he had been diagnosed as bipolar.

Police had been called to his home before.

"We have been called to that location a total of nine times since 2007, five were for aggressive behavior, combative, threats to commit suicide, three were from missing persons where he attempted to harm himself, and one was a domes tic violence call," Chitwood said.

His widow Wednesday posted on Facebook her husband of 15.5 years "is finally free of all of the demons that have been plaguing him. Please pray for him."

She thanked police saying "they went above and beyond to help us."

Chitwood said two of the three officers had been trained to deal with the mentally ill under a well-regarded program called Crisis Intervention Training.

It puts a priority of a non-lethal resolution when possible.

He said his officers feel terrible about what occurred Tuesday night.

"The nonlethal force didn't work, the Taser didn't work, and they did what they had to do, as tragic as it is," Chitwood said.

There are two formal investigations that are part of the protocol, one is internal with the police department, the other being conducted by the district attorney's office.