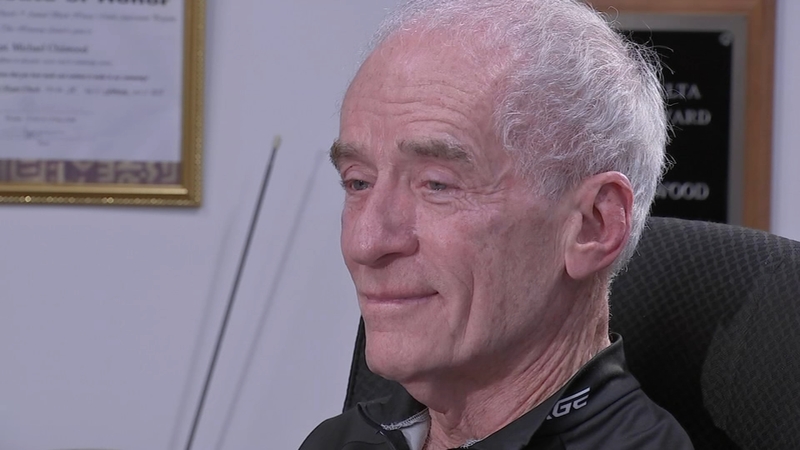 UPPER DARBY, Pennsylvania (WPVI) -- This is a day that many people thought or at least hoped would never come.

But after giving 55 years of his life to law enforcement, Upper Darby Police Superintendent Mike Chitwood tells Action News in an exclusive interview, he is retiring his badge.

"Don't get me wrong, I'm not being forced out, it's time to go, it's gonna be difficult," he said.

He'll turn 76 years old in January, but he once said, "Retirement was not in his vocabulary."

And he said this about his job, "I have had a seat to the greatest show on earth."

And this, "I've met a lot of wonderful people and then some not so nice people."

For the last 14 years, he has been at the helm of the Upper Darby Police Department. A man who speaks bluntly, and known for his colorful way with words when describing criminals and their crimes. And a deep respect for those in his department.

"You're the most important thing in my life-- is the men and women. Make sure you come home and make sure you leave here safe," he said.

Chitwood began his career with the Philadelphia Police Department in April of 1964. He would go on to become the department's most decorated cop, earning more than 70 commendations for valor, bravery and heroism. He led a team of homicide investigators that would implicate cult-like figure Ira Einhorn in the cold case disappearance of Holly Maddux. They focused on a closet and a steamer trunk as Einhorn looked on.

"As I went up there, there was her hand sticking out and I turned to him and said, 'Looks like we found Holly,'" he told us a few years ago.

Back in the day, in the media and public, he became Philadelphia's popular personification of "Dirty Harry."

Chitwood would go on to become chief of the Middletown, Bucks County Police Department and later in Portland, Maine before coming to Upper Darby.

To this day, Chitwood says he loves what he does as much as he did when he started 55 years ago.

So why leave? Well he says, there's a new mayor that's just been elected and a new administration.

"There's a change in the government, let the people bring in their new people, whoever they're gonna bring in," said the superintendent.

Chitwood says he's had the greatest job in the world and would do it all over, but now is the right time to go.

"I'm on top, things are, you know the old Frank Sinatra song...I've done it my way," Chitwood says while getting emotional.

The highly revered superintendent will be on the job a while longer.

His last day will be December 1.