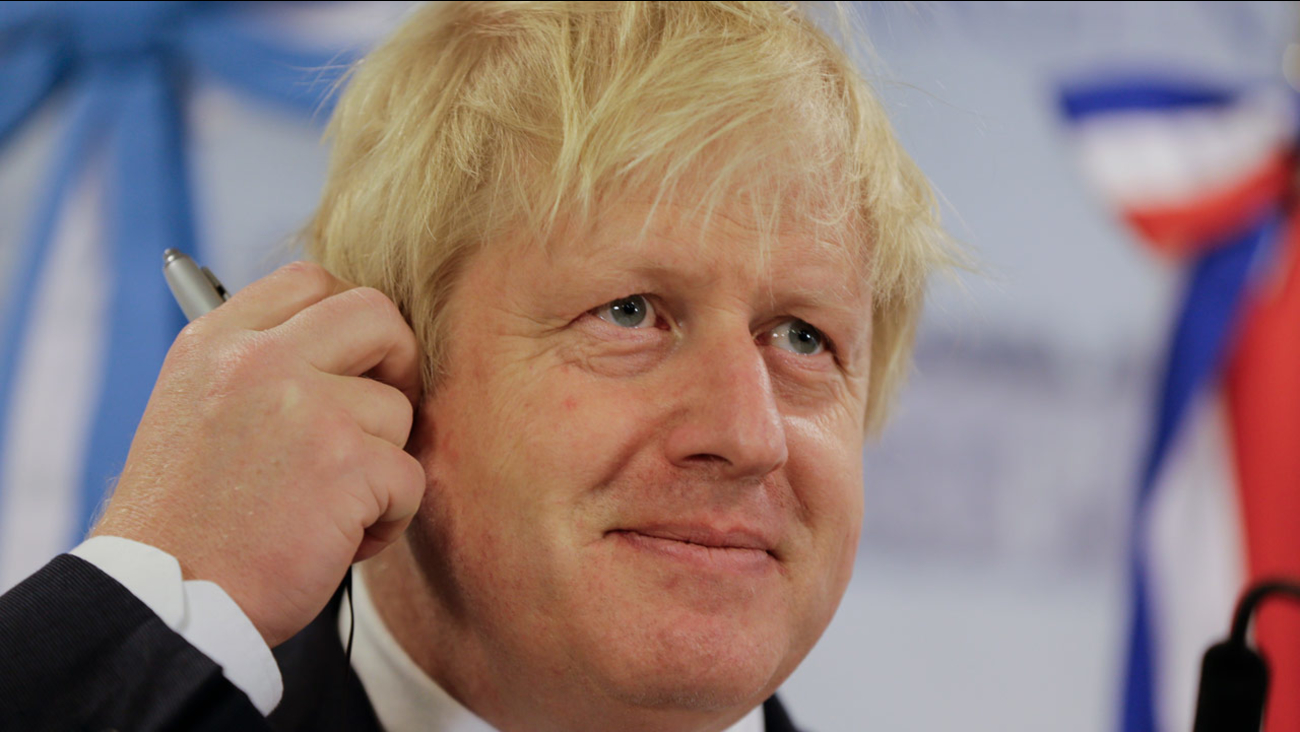 May's office said in a terse statement that the prime minister had accepted Johnson's resignation and would name a replacement soon.

Johnson, one of the best-known and most flamboyant members of the government, quit just hours after the resignation late Sunday of Brexit Secretary David Davis, the government's top Brexit official.

Davis said he could not support May's plan to maintain close trade and regulatory ties with the EU, which he said gave "too much away, too easily."

There was no immediate statement from Johnson, another loud pro-Brexit voice within May's divided government.

If Davis's resignation rattled May, Johnson's shook the foundations of her government.

The resignations came just days after May announced she had finally united her quarrelsome government behind her plan for a divorce deal with the EU.

Less than nine months remain until Britain leaves the bloc on March 29, 2019, and the EU has warned Britain repeatedly that time is running out to seal a divorce deal.

Britain and the EU hope to reach broad agreement by October so that EU national parliaments can ratify a deal before Britain leaves. That timetable looks increasingly optimistic, but European Commission spokesman Margaritis Schinas said the EU was available "available 24/7."

Schinas said the bloc "will continue to negotiate in good will, bona fide, with Prime Minister Theresa May and the U.K. government negotiators in order to reach a deal."

"There is now a new secretary of state and we look forward to moving on," he said.

During a 12-hour meeting on Friday, May's fractious Cabinet - including Davis - finally agreed on a plan for future trade ties with the EU.

The plan seeks to keep the U.K. and the EU in a free-trade zone for goods, and commits Britain to maintaining the same rules as the bloc for goods and agricultural products.

Some Brexit-supporting lawmakers are angry at the proposals, saying they will keep Britain tethered to the bloc and unable to change its rules to strike new trade deals around the world.

In a resignation letter, Davis said the "'common rule book' policy hands control of large swathes of our economy to the EU and is certainly not returning control of our laws in any real sense."

Davis also said that May's plan "would be a risk at least of delivering a poor outcome."

His departure was hailed by pro-Brexit Conservative lawmakers, who have long considered May too prone to compromise with the EU. They believe the proposals breach several of the "red lines" the government has set out, including a commitment to leave the bloc's tariff-free customs union.

Some euroskeptic lawmakers dream of replacing May with a staunch Brexiteer, such as Johnson, who in the past has disagreed publicly with his boss.

Davis said he did not want his resignation to become a rallying cry for May's ouster.

"I like Theresa May, I think she's a good prime minister," Davis said.

Davis did not urge other ministers to resign, saying he was in a unique position because the Brexit secretary's job is to sell the government's policy.

"I'd have to deliver this. I'd have to do something I didn't believe in," he told the BBC. "That's not a tenable position. ... Others don't have that same responsibility."

Under Conservative Party rules, a confidence vote in a leader can be triggered if 48 Conservative lawmakers request one.

But leading pro-Brexit legislator Jacob Rees-Mogg said "I don't think a no-confidence vote is immediately in the offing." He urged May to abandon her plans and take a tougher line with Brussels.

"Friday's announcement was turning red lines into a white flag, and David Davis has made that so clear in his resignation letter," Rees-Mogg said.

Danica Kirka in London and Lorne Cook in Brussels contributed to this story.