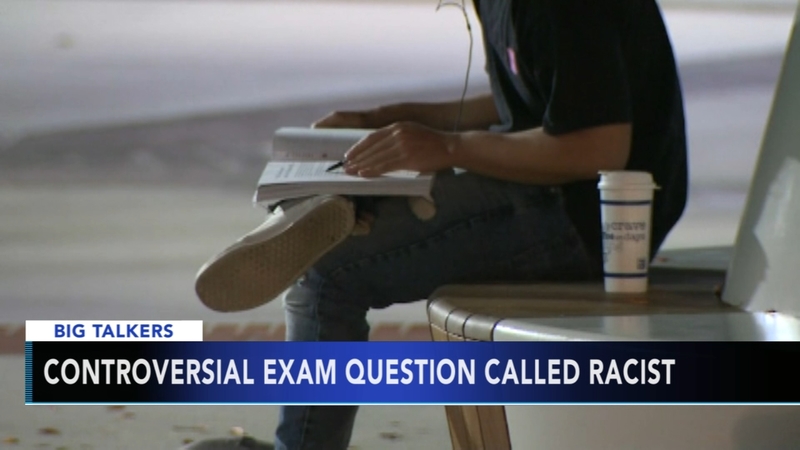 A question on a college exam has led to a flurry of other questions and one student says it crossed the line into racism.

The controversial question now has an instructor in California under investigation.

The exam was given at California State Long Beach on a health science final.

The test covered things you would expect like diseases and bacteria, but question 50 on the take-home exam caught some by surprise.

The question read, "Which of the following gangs generally do the least graffiti? A. Black, B. Asian, C. Hispanic, D. White."

A student tweeted a photo of the question and says gangs were never discussed in class, and that the question is offensive.

Others are asking where is data to even back up that question and what does it have to do with health science.

The instructor, Matt Fischer, who teaches the course told a local paper the question was not meant to be racist.

California State Long Beach released a statement saying the matter is under investigation and that the campus takes the allegations seriously.