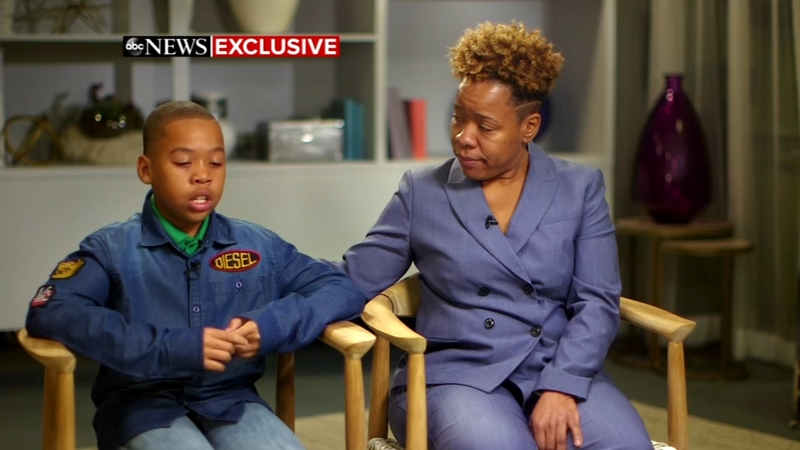 NEW YORK (WPVI) -- A 9 year old who was wrongly accused of groping a woman in what is being called the "Corner Store Caroline" case in New York is now telling his side of the story.

He was in a Brooklyn convenience store last week with his mom and little sister when Theresa Klein accused him of sexual assault and called the police.

A review of surveillance video shows that Jeremiah didn't assault the woman. His backpack accidentally grazed the woman.

"It's still hard because lately on my mind, I can't think nothing but this," said Jeremiah.

He says he felt humiliated and is still visibly shaken by the incident.

As for Klein, she did issue an apology to Jeremiah and he said he accepts it.