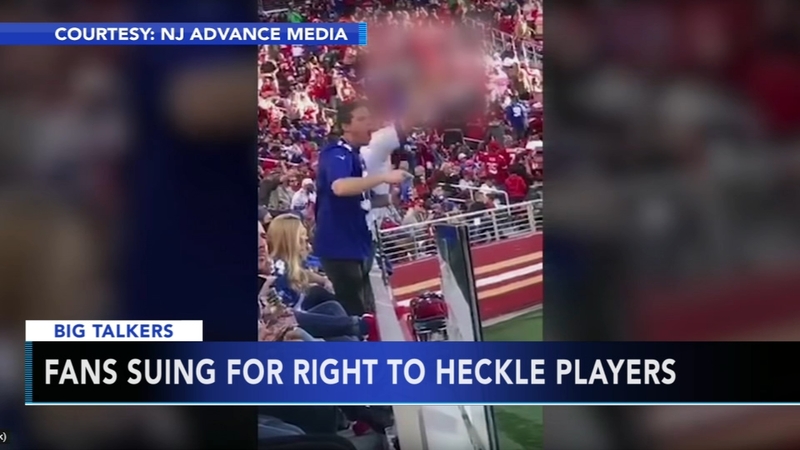 NEW YORK (WPVI) -- Two New York Giants fans are fighting for their right to heckle their own team.

Brothers Kyle and Patrick Flynn are suing, claiming their rights to free speech were violated when officers arrested them for cursing at players last year.

Video from the game between the Giants and the 49ers in California last November shows the Flynns shouting expletives at their team while flipping them off.

Police say they told the brothers to stop, but when they kept heckling, another officer called for them to be ejected.

Kyle claims an officer choked him when removing him from the game.

Patrick says he was hit with a stun gun after being pushed over the railing by officers.

Police say the brothers were belligerent, drunk and violated the stadium's code of conduct.

But the Flynns say the officers used excessive force and acted out of anger over the brothers "exercise of their protected First Amendment rights."