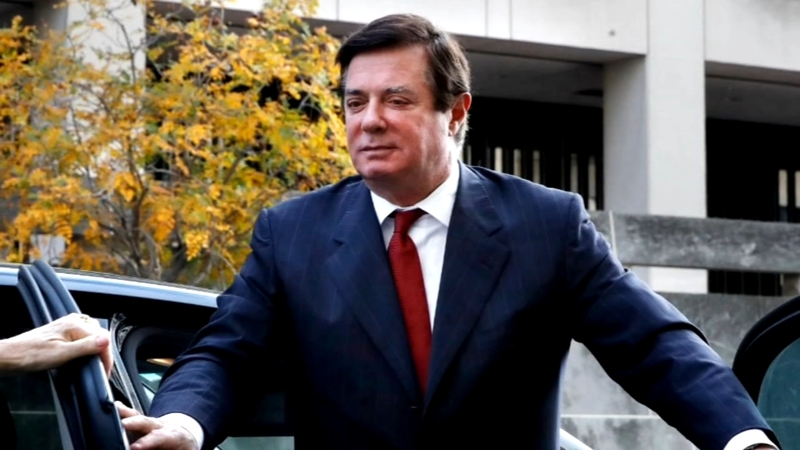 ALEXANDRIA, Va. -- The judge in Paul Manafort's financial fraud trial said Friday he has received threats and he fears for the "peace and safety" of the jurors deciding the fate of the former Trump campaign chairman.

U.S. District Judge T.S. Ellis III revealed his concerns when explaining why he doesn't intend to make jurors' names public at the end of the trial. Jury lists are presumed to be public unless a judge articulates a reason for keeping them secret.

"I've received criticism and threats," Ellis said. "I imagine they would, too."

The judge said he is currently under the protection of U.S. marshals.

Jurors ended their second day of deliberations Friday a half-hour early, without reaching a verdict. They sent a note to the judge asking to wrap up at 5 p.m. instead of 5:30 p.m. because a juror had an event to attend. They return Monday morning.

The financial fraud trial is the first courtroom test of the Russia probe led by special counsel Robert Mueller. And while the case doesn't involve allegations of Russian election interference or possible coordination by the Trump campaign, it has been closely watched by President Donald Trump as he seeks to publicly undermine Mueller's probe.
On Friday, Trump issued a fresh defense of Manafort and called him a "very good person."

"I think the whole Manafort trial is very sad," Trump told reporters at the White House.

"When you look at what's going on, I think it's a very sad day for our country," he said. "He worked for me for a very short period of time. But you know what, he happens to be a very good person and I think it's very sad what they've done to Paul Manafort."

Manafort is accused of hiding from the IRS millions that he made advising Russia-backed politicians in Ukraine, and then lying to banks to get loans when the money dried up. He faces 18 felony counts on tax evasion and bank fraud.

The case calls on the dozen jurors to follow the complexities of foreign bank accounts and shell companies, loan regulations a, d tax rules. It exposed details about the lavish lifestyle of the onetime political insider, including a $15,000 jacket made of ostrich leather and $900,000 spent at a boutique retailer in New York via international wire transfer.

Manafort's defense says he wasn't culpable because he left the particulars of his finances to others. His attorneys told jurors to question the prosecution's case as they sought to tarnish the credibility of Manafort's longtime protege Rick Gates, who was the government's star witness.
Prosecutors say Manafort earned some $60 million consulting for the Russia-backed political party in Ukraine, and hid at least $16 million in income from the IRS between 2010 and 2014. They say Manafort declared only some of his foreign income on his federal income tax returns and repeatedly failed to disclose millions of dollars that streamed into the U.S. to pay for luxury items, services and property.