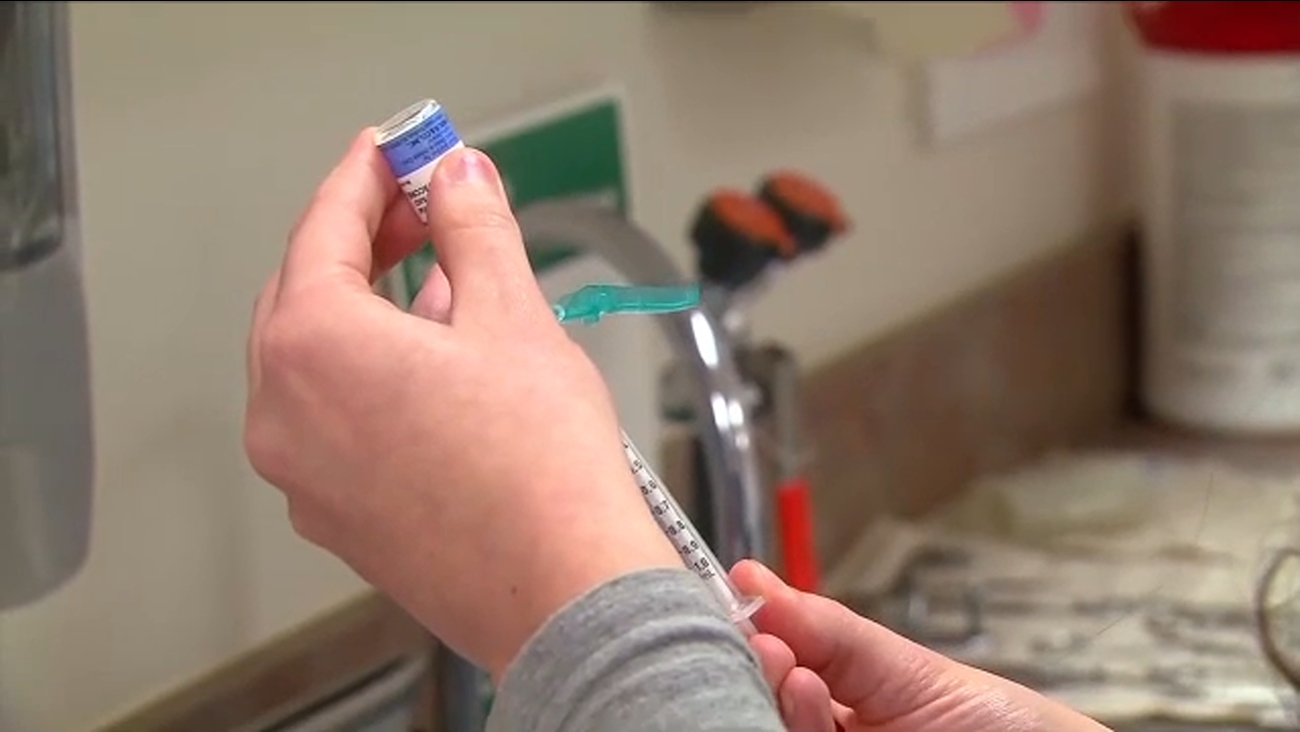 OAKLAND, Calif. (WPVI) -- There are signs another childhood vaccine isn't protecting as well as expected.

A new study found that the whooping cough vaccine loses its effectiveness over time.

Kaiser Permanente researchers followed nearly half a million children from 2006 to 2017.

Of the 738 children who caught pertussis, or whooping cough, contrary to expectations, 80 percent of those children were fully vaccinated.

The scientists also found that the more years that had elapsed since their last dose, the more likely they were to catch it - that indicates the vaccine wears off over time.

Despite the study, doctors say there's no question every child should get fully vaccinated, since sickness rates among unvaccinated kids are even higher.

Doctors and public health officials have been concerned about the growing number of whopping cough cases across the U.S., but have believed it was almost entirely due to unvaccinated children.

The rising number of mumps cases, such as this spring's big outbreak at Temple University, have also been tagged to waning effectiveness of the mumps portion within the MMR (measles-mumps-rubella) vaccine.