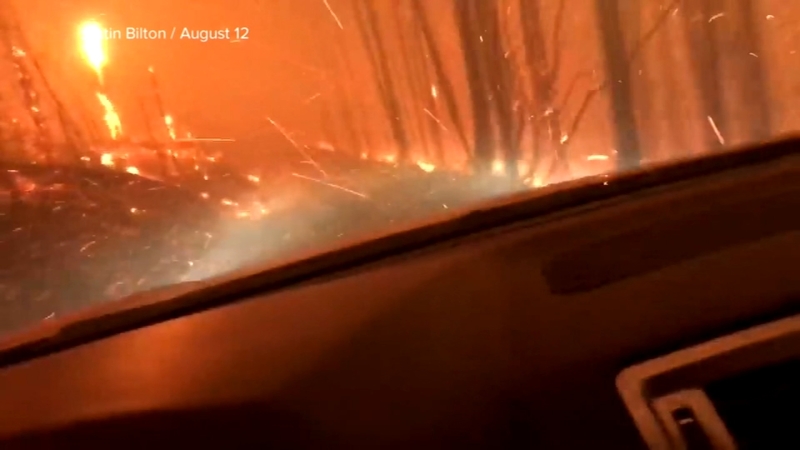 Dramatic video captured a father and son making a desperate attempt to escape a forest fire as flames engulfed the roadway.

Justin Bilton and his 70-year-old father Charles were vacationing on a lake in Glacier National Park in Montana.

Park rangers had warned that lightning in the area could ignite fires, but they were not expected to spread.

"So we watched it a while longer and realized that it looked like the fire definitely grew and so I said to my father, 'I think we need to get out of here,'" Justin said.

The duo drove with fire spreading around them.

"The wind shifted, the fire got real intense. And it got out of control," Charles said.

At one point, they say the car got so hot that they believed it was going to explode.

When they came across a burning tree, they threw the car in reverse - a decision they believe saved their lives.

"When I put the car in reverse and looked out the back window I couldn't see anything. I didn't have the headlights anymore and somehow I was able to stay on the road," Justin said.

They eventually came across a ranger on a boat who rescued them.