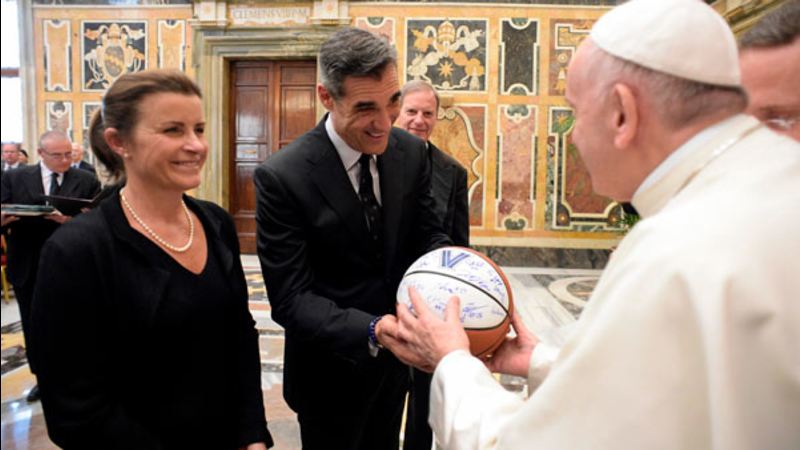 The President and Trustees of Villanova University got a chance to meet Pope Francis during a special audience Saturday at the Vatican.

Villanova dean and professor Mark Alexander tweeted photos during the trip to Rome.

Pope Francis said he hopes the Catholic institution will continue its tradition of instructing students both academically and spiritually.

This Saturday, April 14, 2018 photo, shows Villanova's coach Jay Wright with his wife Patricia Reilly presenting Pope Francis with a basketball during an audience at the Vatican.