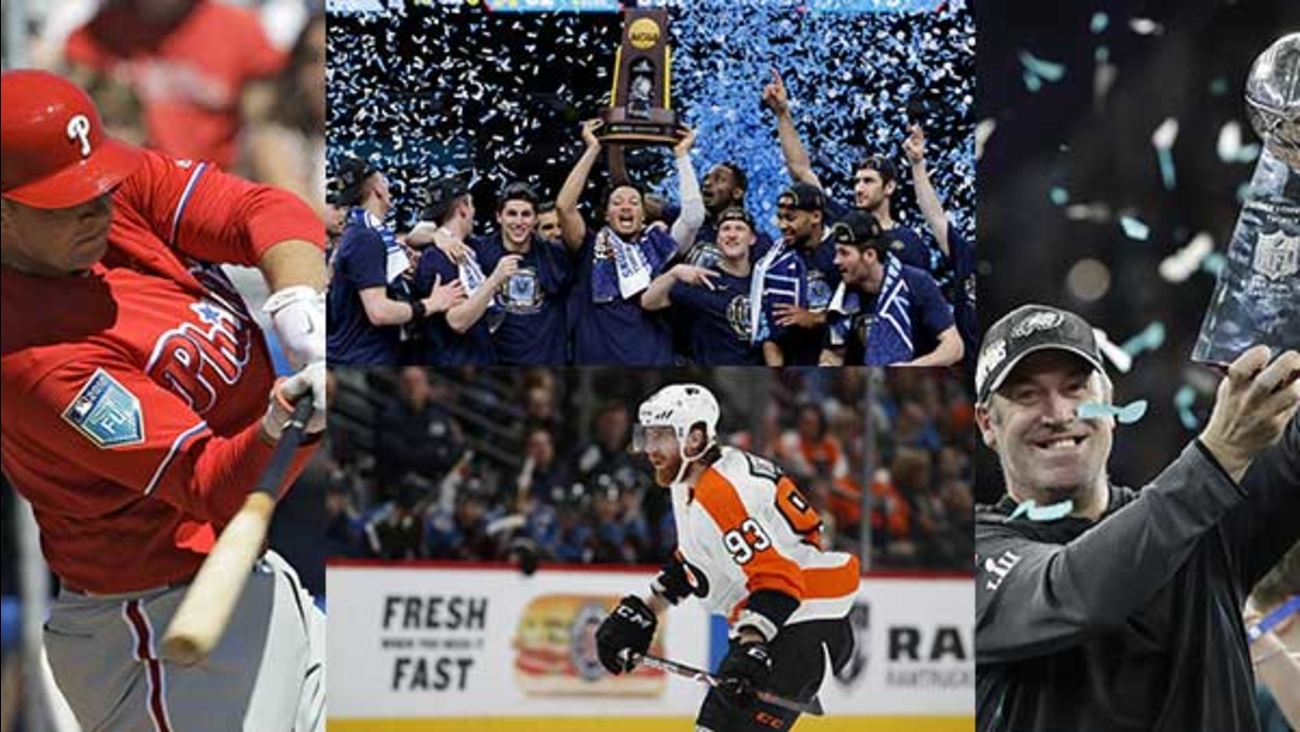 PHILADELPHIA (WPVI) -- Sports fans in the Philadelphia area, there's a little something for everyone on Thursday.

6abc is the Official Villanova Championship Parade Station. The parade will begin at 11 a.m. at 20th and Market streets and will end at Dilworth Park.

Then in South Philadelphia, Citizens Bank Park opens its doors for another season of Phillies baseball.

The Phillies host the Miami Marlins at 3:05 p.m. in their 2018 home opener. The Phils have won just once in five games so far under the 42-year-old Kapler, who has faced some scrutiny from fans before he's even managed his first game at Citizens Bank Park.

And Doug Pederson, the Super Bowl-winning coach of the Philadelphia Eagles, will throw out the ceremonial first pitch.

Then at 7 p.m., across the street at the Wells Fargo Center, the playoff push continues for the Flyers with Fan Appreciation Night.

The Orange and Black host the Carolina Hurricanes, followed by the New York Rangers on Saturday to close the regular season.

The Flyers need any combination of three points from wins and Florida losses to clinch.

If you decide to go to both Phillies and Flyers game, there's a doubleheader deal for you.

If you show your Phillies home opener ticket at the Wells Fargo Center box office, you can score $25 tickets.

Well Fargo Center officials say Flyers fans are encouraged to arrive early and give themselves extra time when traveling to the South Philadelphia Sports Complex. The Cure Insurance Club at the Wells Fargo Center will open at 5 p.m. to accommodate Flyers fans.

If you're counting, that makes 12. #HereTheyCome

The 76ers pulled even with Cleveland for third place in the East. They host the Cavaliers on Friday night.

The Associated Press & ESPN contributed to this report.