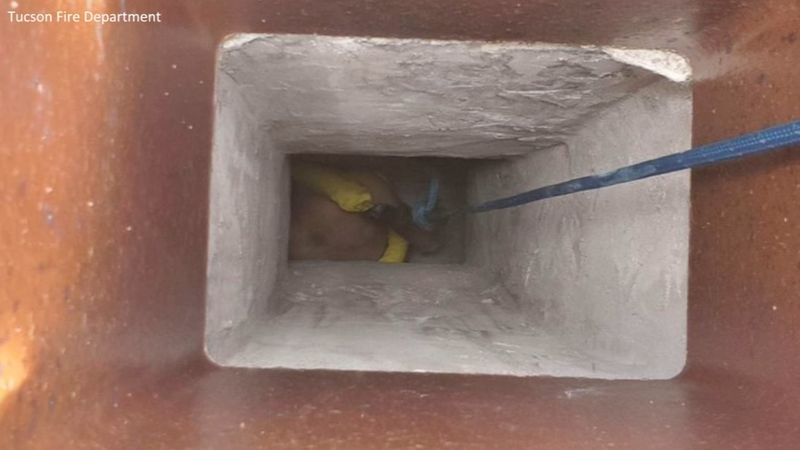 TUCSON, Ariz. -- A man wanted on an outstanding warrant got himself into more trouble after getting stuck inside the chimney of a home on Friday afternoon in Tucson, Arizona.

The Tucson Fire Department tells KGUN that neighbors called 911 when they heard a man calling for help inside the house near Waverly and Grant around 12:20 p.m.

Firefighters say they used a rescue ring and a rope on a crane to pull the man out of the chimney.

The fire department tweeted "Santa, not the Grinch, should be in chimneys this time of year."

Tucson Fire rescues male stuck inside chimney of midtown home. Santa, not the Grinch, should be in chimneys this time of year. pic.twitter.com/3apawOnMO1

The man is in his mid 30s and wasn't injured.