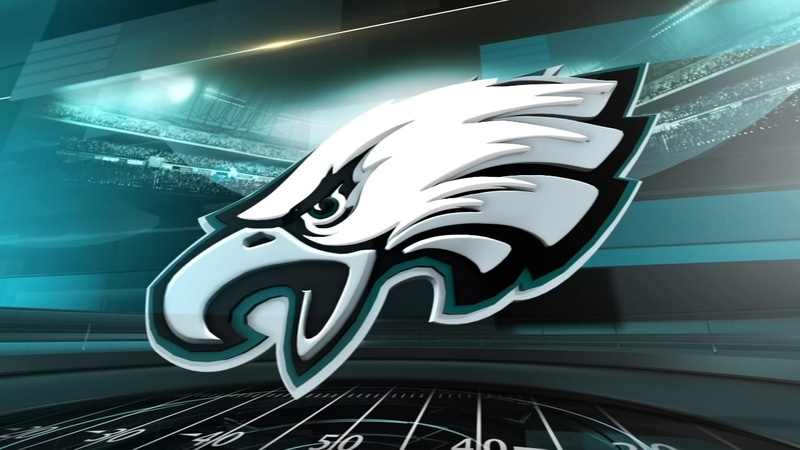 PHILADELPHIA (WPVI) -- Carson Wentz put all his skills on display against the Washington Redskins last season.

He showed off his strong arm, his accuracy, his running skills, ability to escape and toughness in two double-digit wins, helping the Philadelphia Eagles to the No. 1 seed in the NFC before a knee injury ended his season.

The Eagles (5-6) need Wentz to play at that level Monday night when they host the Redskins (6-5) in an important division game. The Cowboys (7-5) lead the NFC East and the defending Super Bowl champions are a victory away from heading to Dallas for a first-place showdown.

First, the Eagles must beat Washington. It starts with Wentz.

The Redskins expect to see him at his best even though he's still less than a year removed from surgery to repair two torn knee ligaments.

"He's a big-frame guy," Redskins defensive coordinator Greg Manusky said. "Andrew Luck is very similar, Ben (Roethlisberger) same thing. Just guys that can (be difficult to) actually get them down physically. But overall on the back end, you have to be able to plaster. The first game we didn't plaster. I think on the first possession then they got a score.

On Philadelphia's opening drive of the 2017 season, Wentz made a spectacular play on a 58-yard TD pass to Nelson Agholor that kicked off a victory at Washington. He spun away from a defender and eluded another in the pocket before scrambling away and heaving a deep pass to Agholor.

He did it again to the Redskins on a Monday night a month later.

In the third quarter of that game, Wentz somehow escaped a sack, stayed upright, took a hit and tossed a TD pass while falling forward.

Then early in the fourth quarter, Wentz appeared to be sacked - television and radio announcers both called one - but he ducked under a mass of bodies and escaped for a long run.

All three plays came on third downs. That type of magic has been missing from Philadelphia's offense this season. Part of the reason is Wentz hasn't been able to extend plays with his legs.

"If there are opportunities to take off and get a first down, protect yourself, slide, then we need that to stay on the field," coach Doug Pederson said. "I think that's one area that we can, on third down, particularly, to make sure we do stay on the field, is utilize his ability to run."

But Pederson doesn't believe Wentz is reluctant to run because of his knee.

"No, he just hasn't had as many opportunities yet this year," Pederson said.

Wentz has only run for 100 yards in nine games. Last season, he rushed for 299 in 13. He also doesn't blame it on his recovery from knee surgery.

"There's no kind of just get back into it, feel your way into it," he said. "I was trying to take this thing full speed and run with it. So I never want it to be one of those excuses."

Wentz has put up similar passing numbers to last season when he finished third in NFL MVP voting. His completion rate is a career-best 69.7 percent and his passer rating is 100.8, down from 101.9. He has 16 TD passes and six interceptions, including three in a 48-7 loss at New Orleans.

"He's just taking it in stride and kind of knows the system a little bit better of course," Manusky said. "He's having a lot of success and he's playing good."

On the opposite side, the Redskins are trying to imitate Philadelphia's success with a backup quarterback. Nick Foles stepped in for Wentz and led the Eagles to their first Super Bowl title.

Colt McCoy threw three picks in his first start since replacing the injured Alex Smith. McCoy is 7-19 as a starter since Cleveland selected him in the third round of the 2010 draft.

"Nobody gave them a chance last year and they went out and lost their starting quarterback and ended up winning a Super Bowl," Redskins coach Jay Gruden said.

"You can learn a lot from that. It's about how the team rallies around certain people and it's not about one guy. That defense stepped it up, that offensive line stepped it up, the running game stepped it up and of course Nick Foles did a great job in critical moments. That's what we're trying to do."

The Birds are going to need to feed off fan energy at the Linc.

SEPTA is offering free rides home for all Eagles fans from NRG station.