The Philadelphia Water Department does not believe this was weather-related despite the cold temperatures.

KENSINGTON (WPVI) -- The Philadelphia Water Department does not believe weather was the cause of a giant sinkhole in Kensington despite the cold temperatures.

They're fairly certain the sewer line failed, causing a water main break, damaging a gas line, which caused the sinkhole to open up. 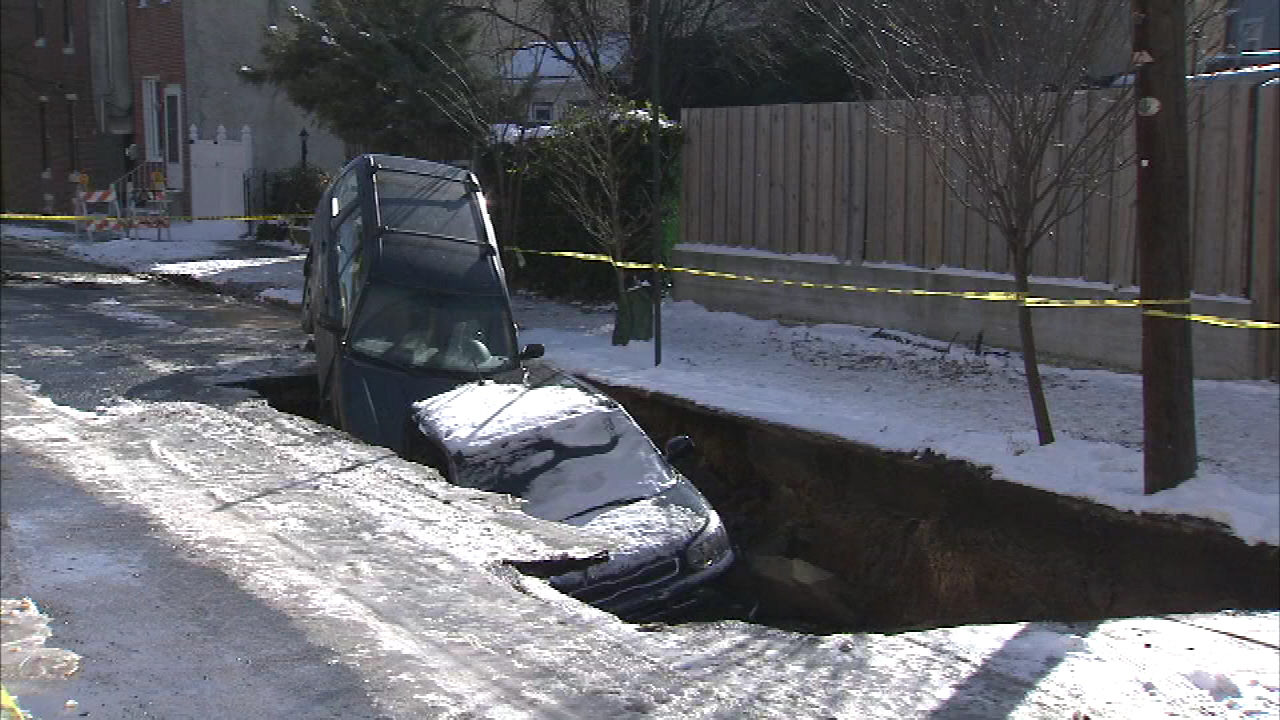 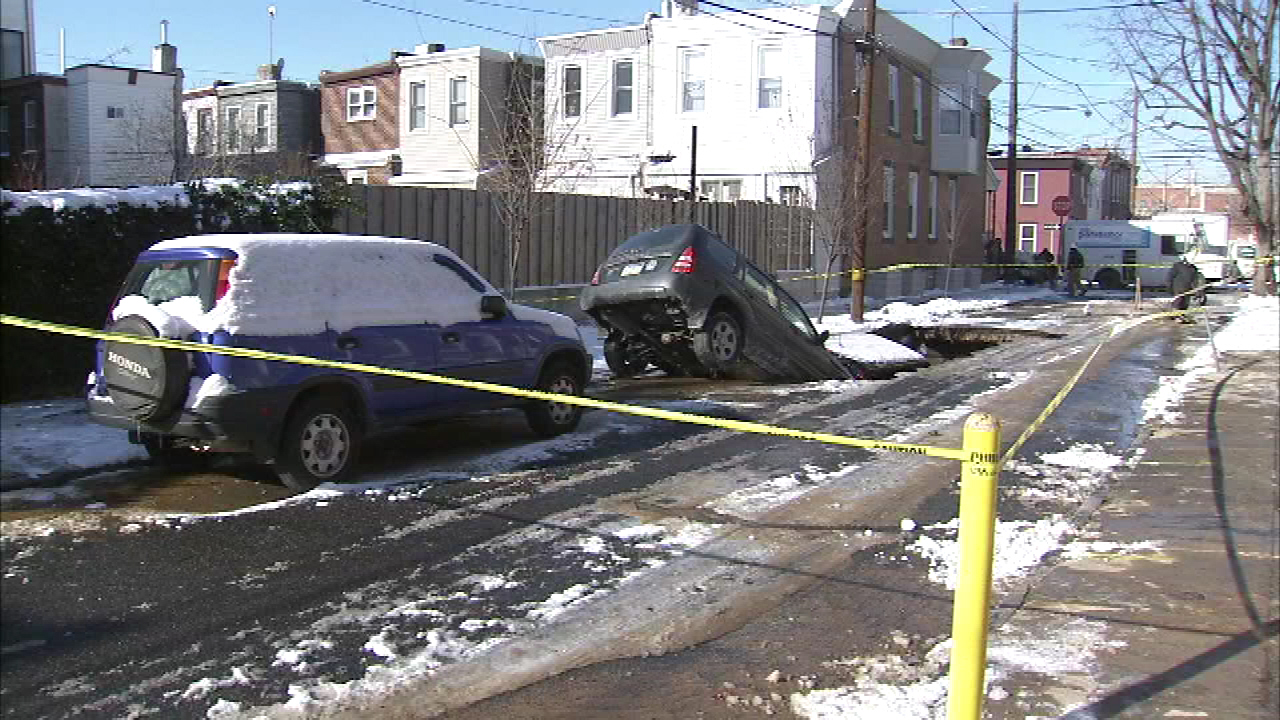 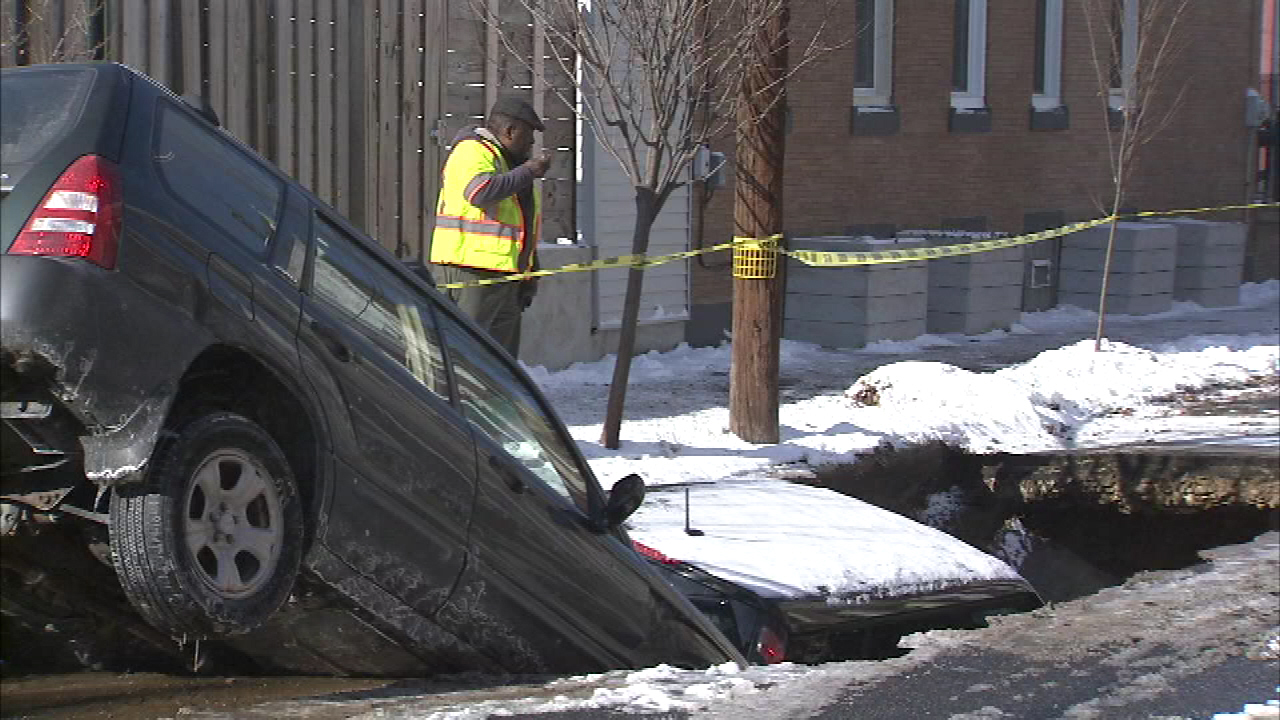 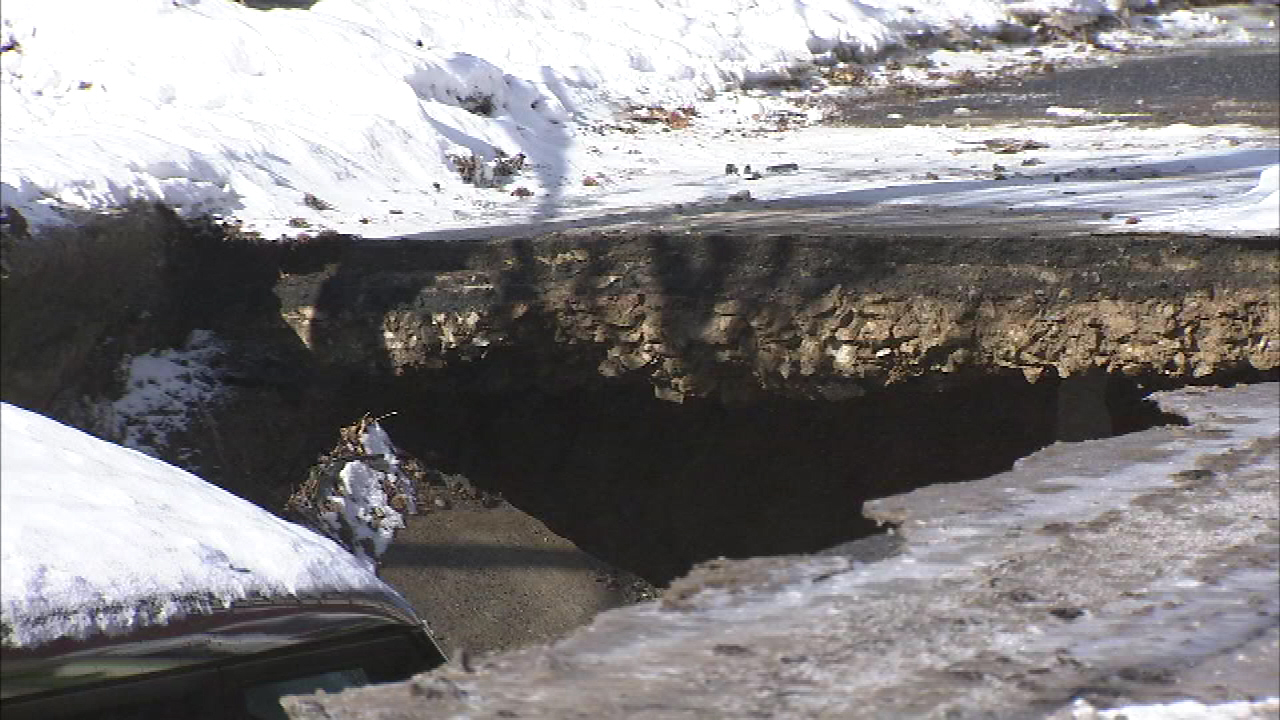 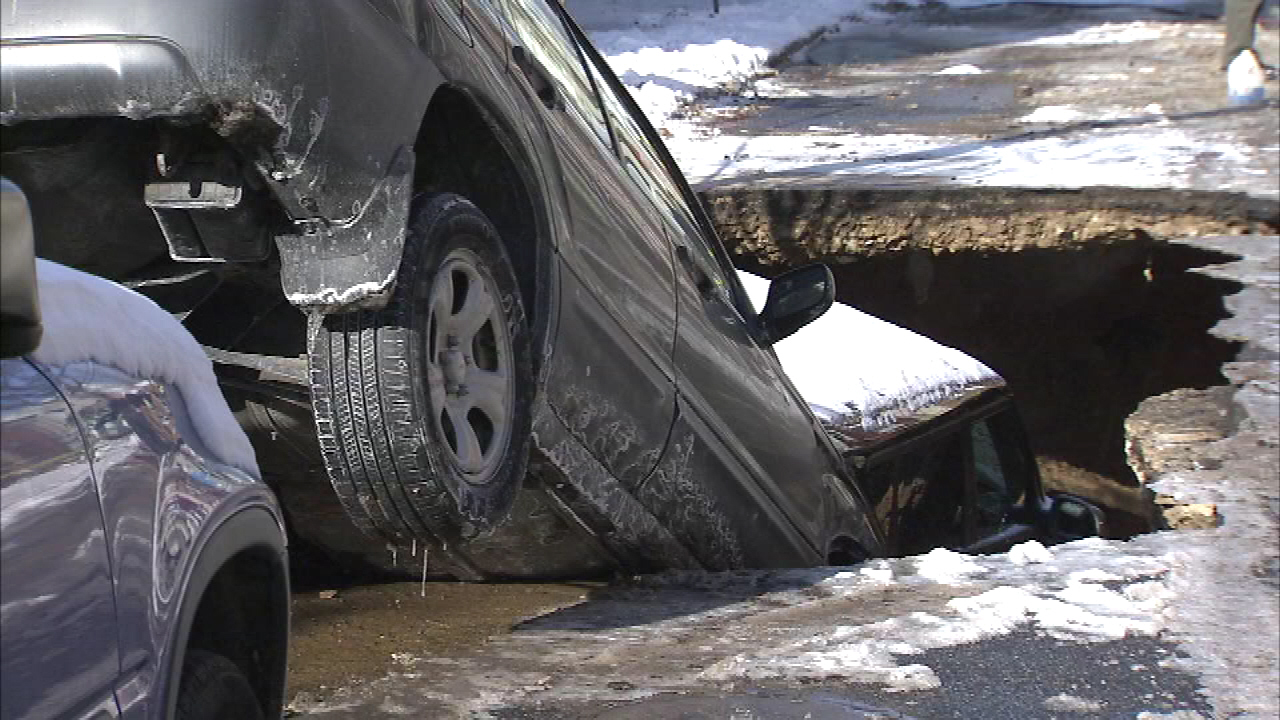 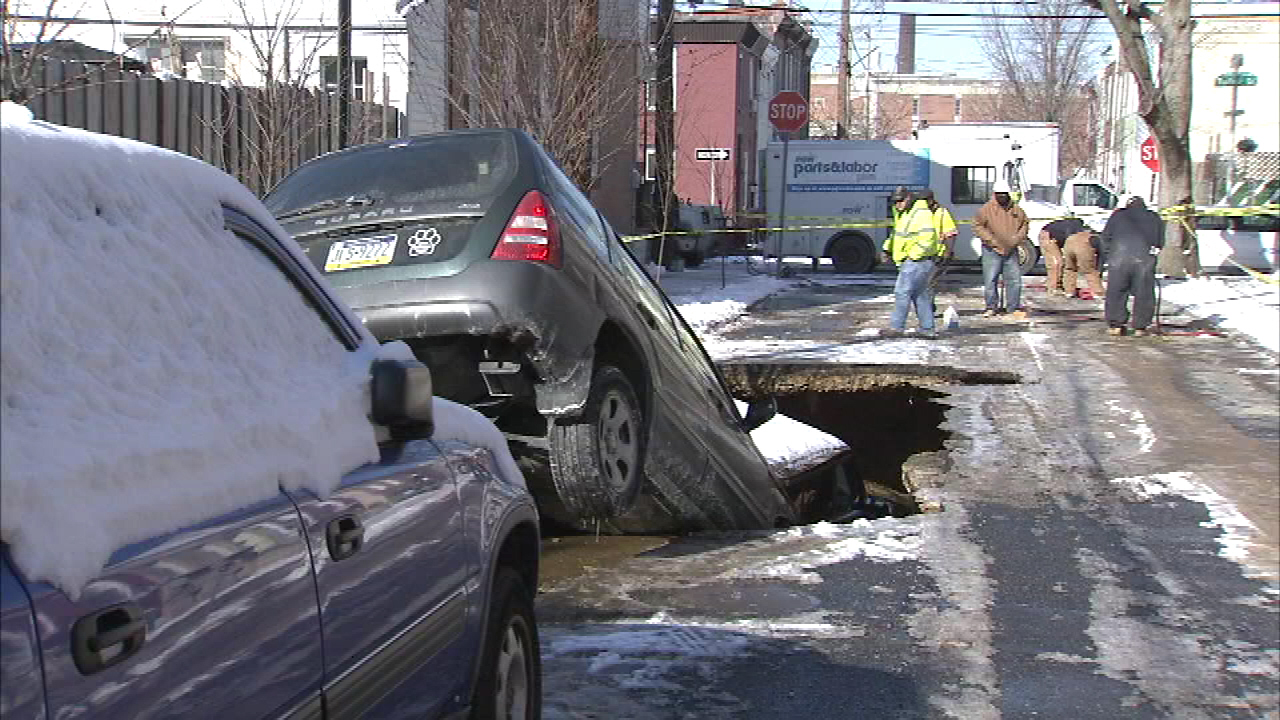 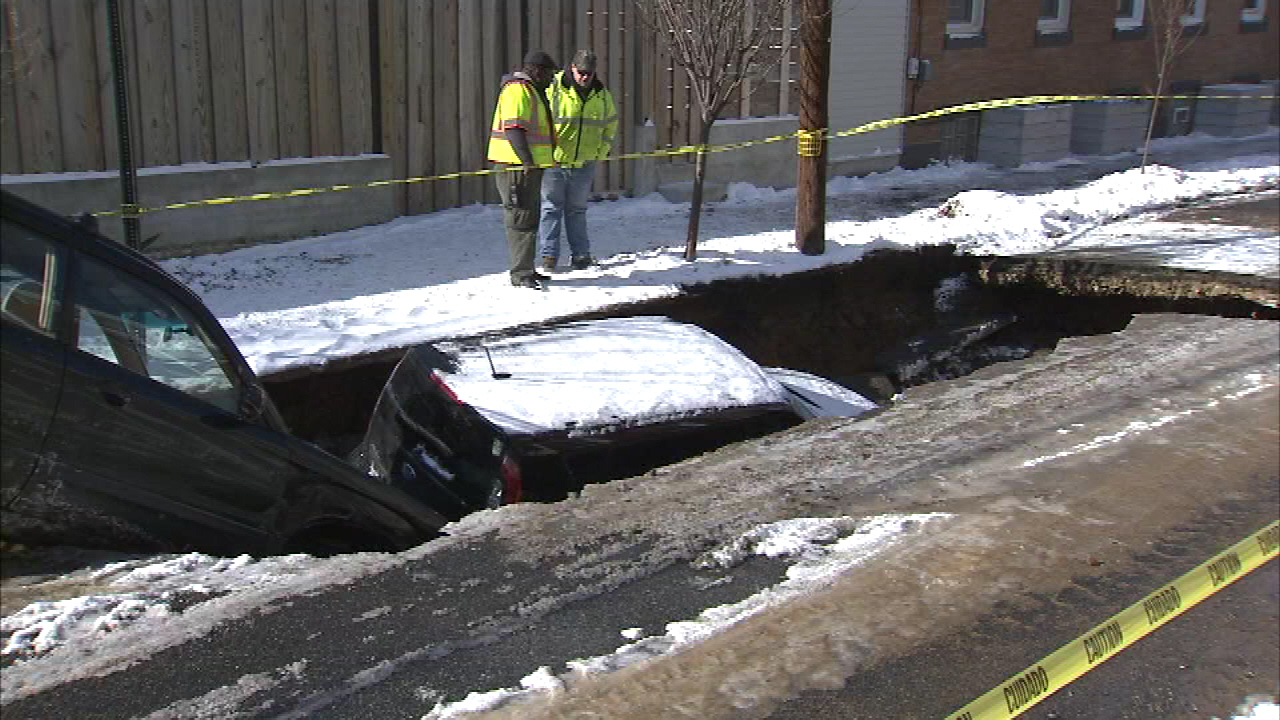 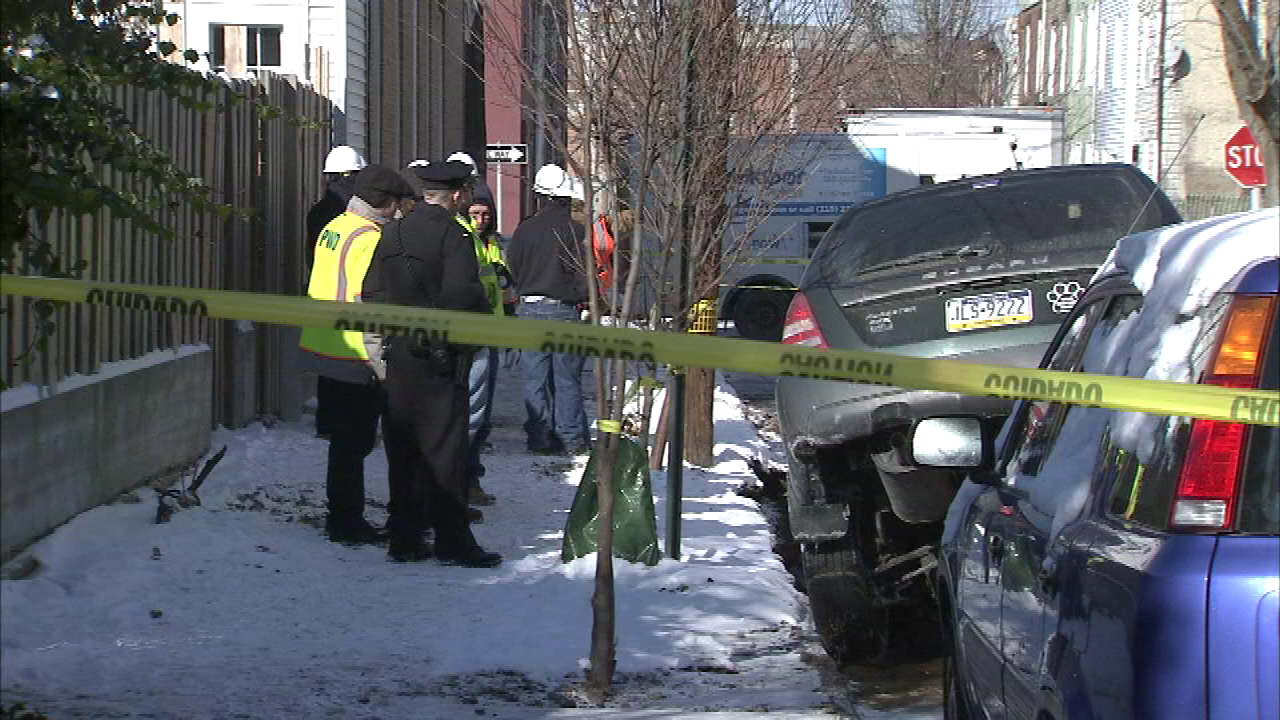 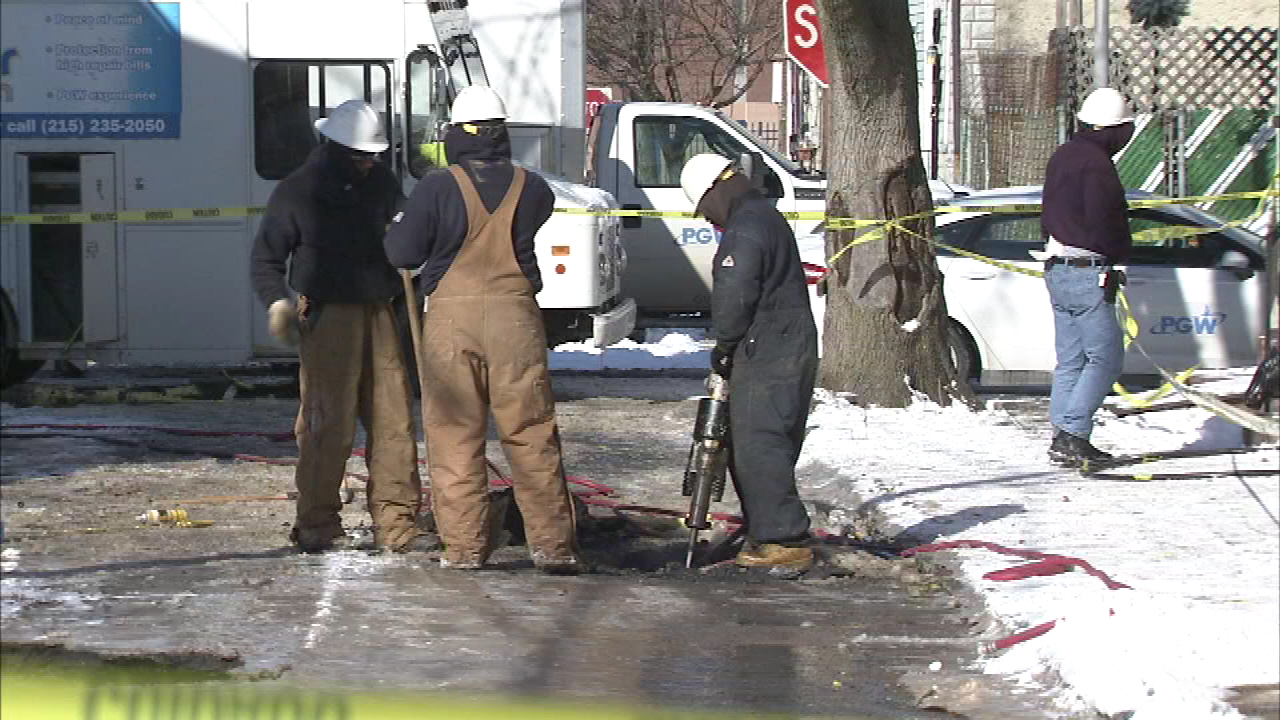 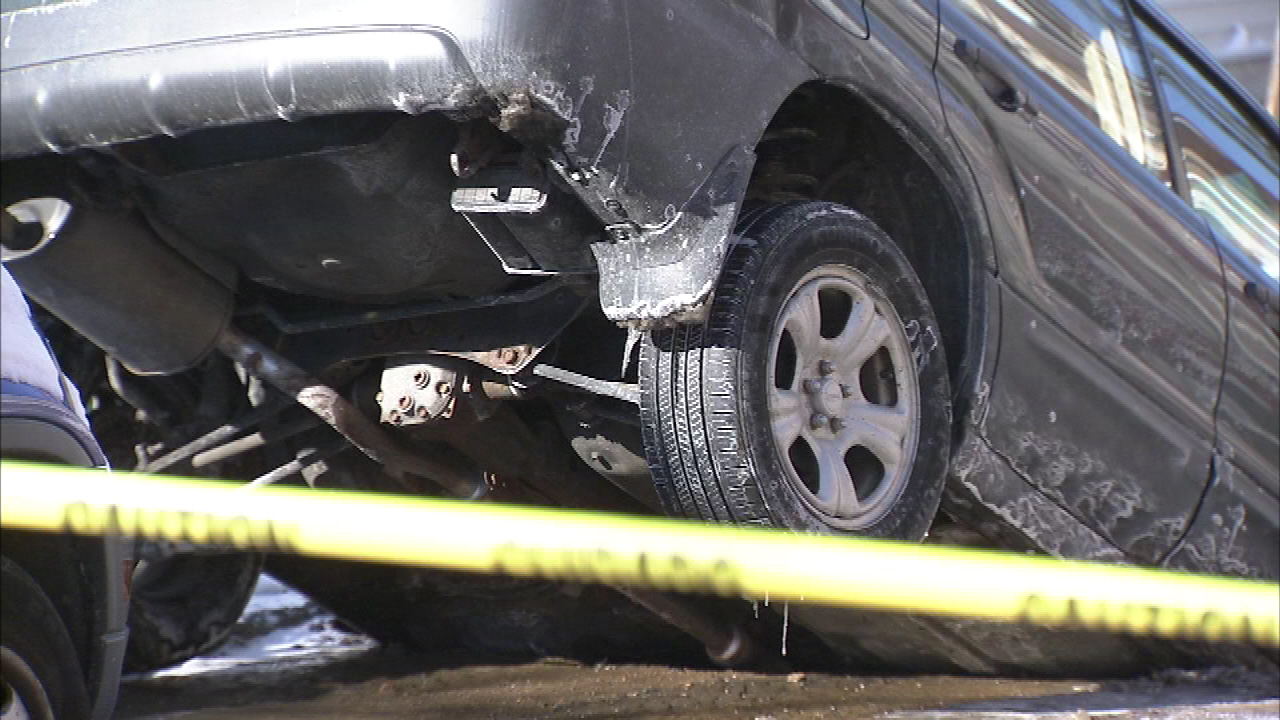 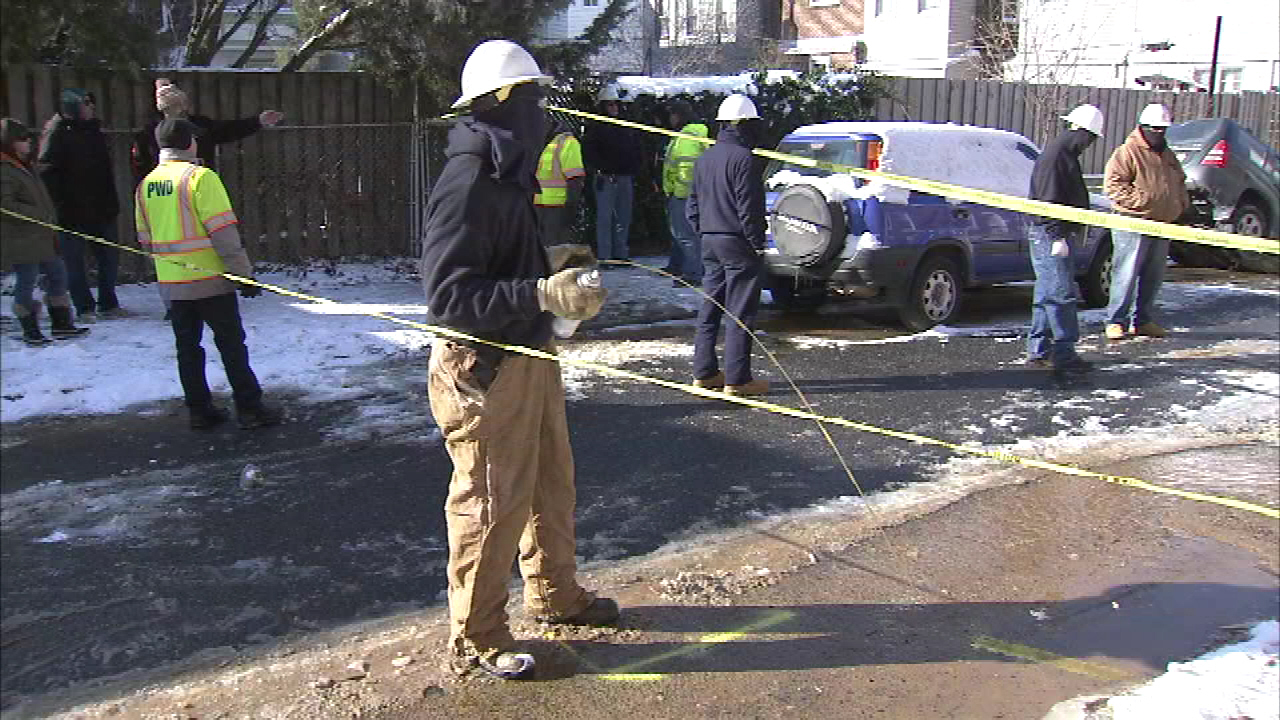 As of Monday night, 12 homes have no water, and six of those with no heat.

The water department tells Action News it's reasonable to believe it could be days before service is restored.

"This is not going to be an overnight process,"

An emergency contractor hired by the Philadelphia Water Department started assessing how to go about fixing the damaged sewer, water main, and gas line on the 2300 block of East Boston Street.

"The first step is going to be removing the debris from the washout so they can get a visual on the sewers to see what kind of repairs need to be made there," John DiGiulio said.

It was before 9 a.m. Sunday when the water department responded after one resident reported water in his basement.

Right before the workers' eyes, the street fell away opening up a giant 40-feet-by-50-feet sinkhole, swallowing up two cars.

Alyssa Banks owns one of them. It was brand new.

"I'm a little overwhelmed," she said. "When I came out in the morning it took a little while for me...it's not part of your visual vocabulary to come out and see your car in a big, giant hole. So it took a minute to process."

Like some of her neighbors she spent the night without water.

Residents told us this is not the first time this has happened in this section of Kensington.

"Tulip and Huntington, the entire intersection collapsed last year. So it's not surprising. The city's built on old canals. So this is going to happen," Sharkey said.

Dirt and debris underground washed away and the street collapsed, damaging the gas line.

The city says it could be several days before repairs are complete and service restored.

"Fair to say it could be a week. But we'll certainly work as fast as we can to make sure if it can be less we'll work to make it less," DiGiulio said.

The contractor brought in an excavator Monday afternoon. The hope is that repair work can start tomorrow.

The city says the actual street might not be fully repaired until the spring as that type of work typically doesn't happen this time of year.