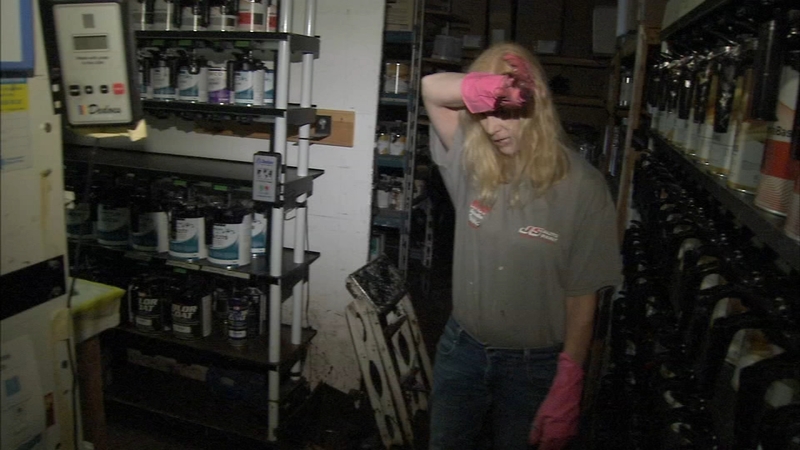 Sisters Gina and Renee were already home when nearby Manatawny Creek rose and filled their auto body parts supplier business in Pottstown, Montgomery County with nearly two feet of water.

Another look at how high the water rose. pic.twitter.com/PWNqivjsOX

It's been in the family for over 30 years. The last time the flooding was this bad was back in 2006, but at least then they had time to act.

“It just came so fast” sisters, Gina and Renee, lost thousands of dollars worth of products after their business in Pottstown was filled with nearly two feet of water during yesterday’s flash floods. Take a look at the watermark. @6abc pic.twitter.com/sUFMZkLCwq

This sisters were among many in the area affected by the torrential downpours Thursday night that swept away people, cars and even part of the road.

A huge chunk of Old Schuylkill Road in East Coventry is simply gone, washed away by the raging waters. 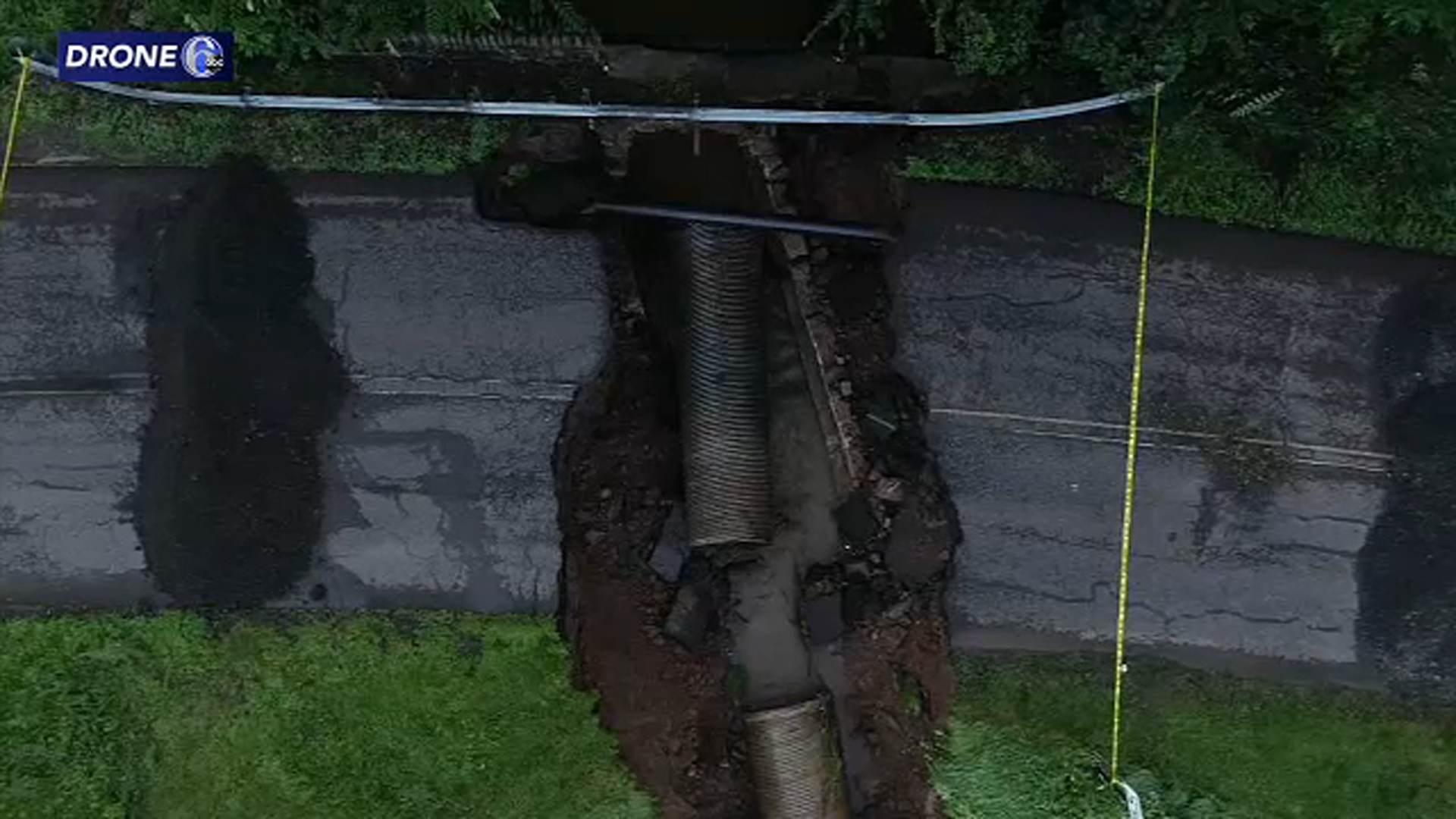 A couple of miles away, in Pottstown, Walnut Road saw two feet of flooding. A thick layer of mud was left behind.

The force of the water knocked down a home's brick siding and filled the basement.

"It just came out of nowhere. The flooding was just ridiculous," Brenda Jackson of Pottstown said.

"I was scared because it was getting pretty bad," Natasha Lopez of Pottstown said.

"From all accounts, the residents and other borough employees and police, this is one of the worst ones we've had in a long time," Hand said.

422 IN DOUGLASSVILLE.
Water is up to the top of the concrete median. Please be careful traveling this evening with many flood warnings and some flood emergencies. Thank you Barbara for taking this pic on the safe side of the street pic.twitter.com/DZ9xMl1fP6

A portion of West King Street was completely submerged. A car could be seen nearly underwater, but fortunately, there was no one inside.

NOW: Just arrived in Pottstown. The rain has tapered off but there is significant flooding. @6abc pic.twitter.com/TL6atSXGdZ

Trisha Cooney captured a steady stream of water flowing down her road on Hoppenville Road in Green Lane, Pennsylvania.

Trisha Cooney captured a steady stream of water flowing down her road on Hoppenville Road in Green Lane.

Over on Middle Creek Road in Gilbertsville, Action News came across Amanda Wickman, who spoke to us on her phone as she walked toward our cameras.

"I was driving home from work in Blue Bell and it started raining really, really hard," Wickman said.

She said once the water began to rise, she knew she couldn't beat it so she found shelter with some friendly strangers.

"This very nice family came outside, brought me into their house, and I've been hanging out there ever since," said Wickman.

Flooding wreaks havoc on Delaware County. Christie Ileto has more on Action News at 11 on July 11, 2019.