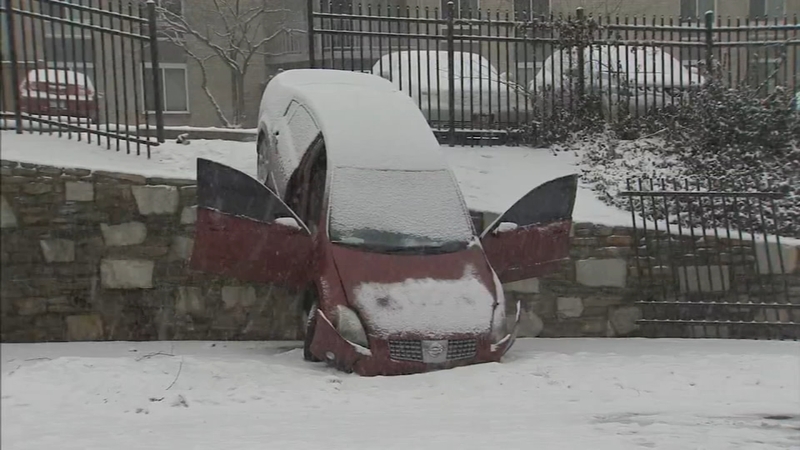 PHILADELPHIA (WPVI) -- It could not have come at a worse time when a number of traffic lights north of City Hall went down right before the Friday night rush hour, and right in the middle of a snow storm.

The electrical problems caused gridlock on the Ben Franklin Parkway, with lights out at 15th, 16th and Arch, 15th, 16th, 17th and JFK and all of Logan Circle.

But this was on top of the mess created by the messy snow storm that hit the tri-state area, causing all sorts of traffic problems.

"Traffic to Olney was ridiculous, yeah really ridiculous. My bus took about, usually it's like five minutes, but it took about 15-20 minutes," said Zita Castillo of Olney.

Now, with the storm long gone, the traffic lights are all back in working order.
On the Pennsylvania highways, visibility dropped to poor and snow was no longer just accumulating on the ground but road surfaces as well.

We found some people who left work early but still got tied up in slow-moving traffic.