The shootout happened around 7 p.m. on the 7400 block of Andrews Avenue in West Oak Lane.
WPVI
By 6abc Digital Staff 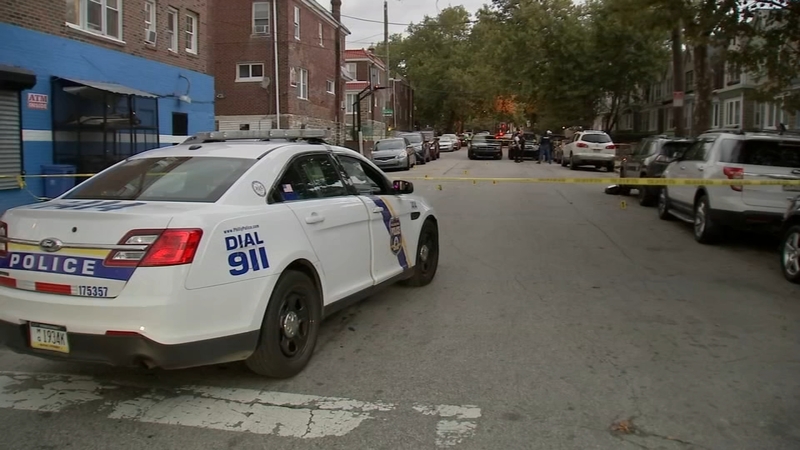 PHILADELPHIA (WPVI) -- One man was hospitalized and a teenager was nearly shot after police say a feud between Philadelphia neighbors spawned a shootout on Wednesday night.

It happened around 7 p.m. on the 7400 block of Andrews Avenue in West Oak Lane.

Police say a 22-year-old victim was found inside a home suffering from a gunshot wound to the leg. He is expected to survive.

The victim told police that he was shot by his neighbor who lives three doors down; he said the two had been dealing with an ongoing dispute.

Police say there was a verbal altercation that escalated into a shootout between the victim and his neighbor on their residential block.

"We found eight spent shell casings on the street. We found another 10 shell casings in front of the property where we believe that the shooter who struck the victim in the leg was shot," said Chief Inspector Scott Small with the Philadelphia Police Department.

Police say one of those shots entered a nearby home and nearly struck a 15-year-old female who was sitting in her bedroom.

"The stray bullet that went through the wall and into the bedroom missed this girl by a few inches or a foot where she was sitting in a chair," said Small, adding that the girl was uninjured.

No arrests have been made but police know where the suspect is located. Small says an arrest is likely to happen soon.