6abc's Christie Ileto opens up about postpartum depression during pandemic 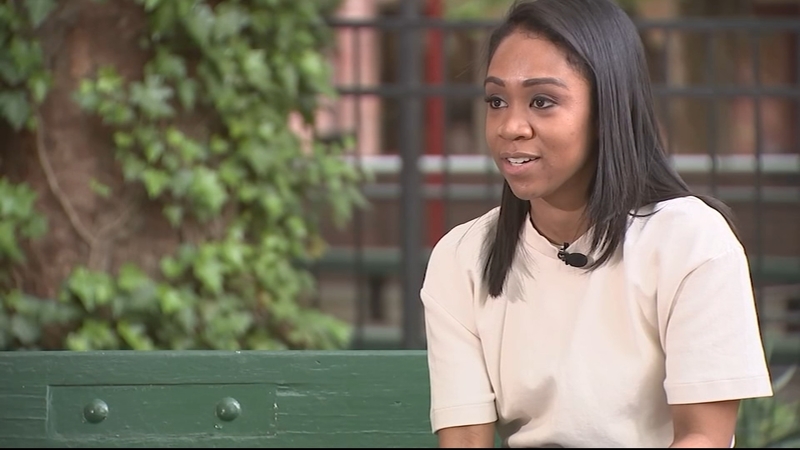 Christie Ileto opens up about postpartum depression during pandemic

PHILADELPHIA (WPVI) -- As Action News reporter Christie Illeto plays with her daughter at a local playground, she's happy and at ease. But if anyone asks her whether motherhood is easy, she'll be honest.

Ileto and her husband had their daughter late last year. When she went for her six-week postpartum checkup, Christie's doctor noticed something that she never thought was possible.

"The doctor goes, 'You have postpartum depression,'" recalled Christie, who couldn't believe the news. She instead thought that the emotions she'd been feeling were tied to sleep deprivation. Her denial is also tied to the fact that very few people had conversed with her about the issue of postpartum depression.

"It's so common," she said. "It's so much more common than you realize."

Curtiss says that signs of postpartum depression can show up several weeks to several months after a baby is born. They could include: difficulty connecting with the baby, difficulty sleeping (either too much or too little), and feelings of sadness, worthlessness and hopelessness.

"I'm walking around after my daughter's born and I'm just like in a fog," said Christie. "Like why do I feel so down? Why am I so sad?"

Her struggles were compounded by the fact that she was experiencing them just as the pandemic began, shutting down places like gyms and taking away the workouts that Christie used as a release.

"I think the pandemic made it worse," she said.

Curtiss says it's absolutely possible for moms struggling with postpartum depression to be even more stressed in a pandemic, since it takes away opportunities for in-person interactions and activities.

After hesitating for three months, Christie finally chose to speak with a doctor who helped her get through her postpartum depression. Curtiss recommends talking with a trusted healthcare professional in addition to other moms.

"Connecting with each other through a group or something, the validation you feel by realizing you're not alone is so helpful," she said.

Curtiss also recommends moms focus on a few minutes of self-care every day and ask for help from a family member or friend in order to take a little break.

Christie hopes that by sharing her story, other moms will know they're not alone in the struggle and that motherhood can be hard for anyone.