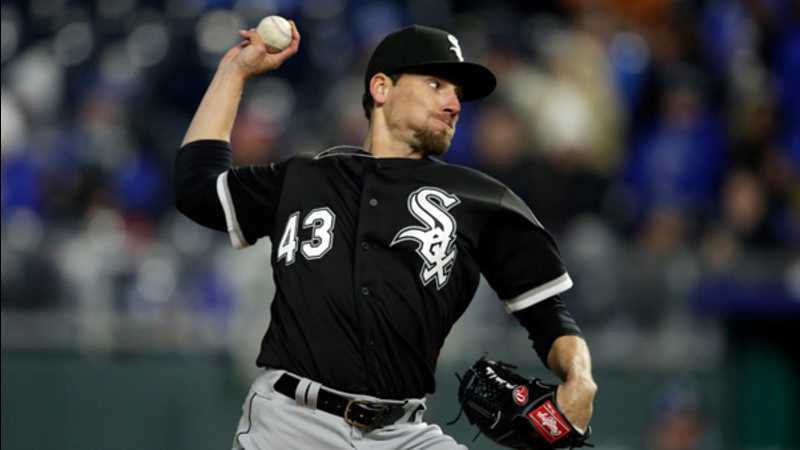 CHICAGO -- White Sox reliever Danny Farquhar was in stable but critical condition Saturday, a day after suffering a brain hemorrhage while in the dugout during a game.

Farquhar passed out in the sixth inning Friday night after getting two outs against Houston. He was helped by team medical personnel and on-site EMTs and regained consciousness before he was taken to a hospital by ambulance.

The White Sox announced that additional testing revealed the brain hemorrhage caused by a ruptured aneurysm. Farquhar was receiving treatment and being closely monitored in the neurosurgical ICU unit at Rush University Medical center.

White Sox fans, please keep Danny and his family in your positive thoughts and prayers. pic.twitter.com/4DdwnXbVXd

Manager Rick Renteria met with players before Saturday's game against Houston and updated them on Farquhar's condition. Asked if the right-hander required surgery, Renteria said, "We'll see how they proceed and hopefully the outcome is a positive one."

The team said it will provide updates on Farquhar's health as appropriate, but requested privacy for the family.

The 31-year-old fainted moments after leaving the mound.

Renteria said Saturday that Farquhar "had a strong heartbeat, a good pulse and was breathing well" when he left Guaranteed Rate Field after passing out. Renteria said no one on the team saw advance signs that Farquhar might be suffering from the condition.

"Yeah, I mean, it crushes us in this clubhouse," said James Shields, who started Friday's game. "And nothing really matters baseball-wise when something like that happens, you know."

"He's definitely stable from what we hear, but he's got a long way to go and he's fighting," he said.

"We could see across the way that something was going on," he said. "As the group went around him, it just became a scary scene."

"Then this morning getting that update, it's very scary," he said.

Farquhar was selected by Toronto in the 10th round of the 2008 draft and made his major league debut with the Blue Jays in 2011. The right-hander is 10-15 with a 3.93 ERA in 253 career relief appearances with Toronto, Seattle, Tampa Bay and Chicago.