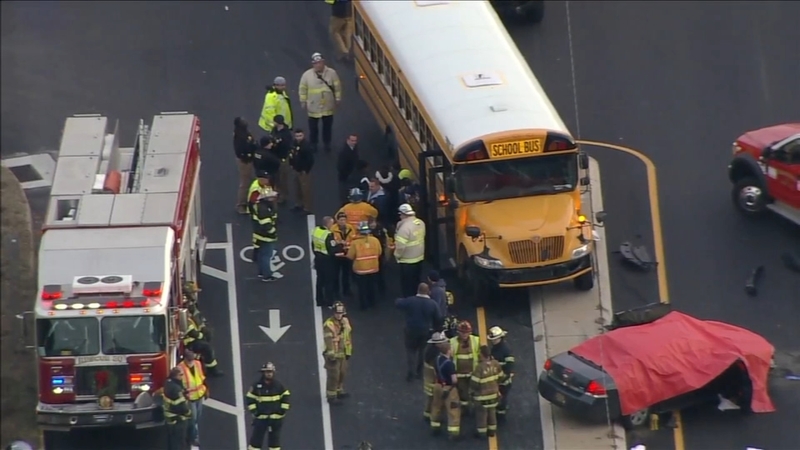 NEW CASTLE, Delaware (WPVI) -- A Delaware teenager was killed when a car collided with a school bus on Thursday afternoon.

"Right now we're still in the early stages of the investigation, which is turning into a horrific series of events," said Master Corporal Michel Eckerd of the New Castle County Police Department.

The fatal accident happened around 3:40 p.m. at Karlyn and Memorial drives in New Castle.

Police said the school bus had just left Eisenberg Elementary School with 21 children on board.

It collided with a vehicle being driven by Tate. Three other 16-year-old girls were also in the car.

Tate was pronounced dead on the scene.

Parents rushed to pick up their children. Witnesses pulled over and tried to help. One told Action News, at first the children stayed on the bus toward the back.

In a letter by the Colonial School District, officials said all the Eisenberg Elementary students on the bus were shaken, but not physical harmed. Two 10-year-old boys were taken to the hospital as a precaution, but were later released.

District officials said counselors, administrators, and crisis teams will be on hand at schools Friday to assist students.

"This is a heartbreaking time for all of us in Colonial Nation. Our thoughts and prayers go out to all of the families involved," said Superintendent Dr. Dusty Blakey.