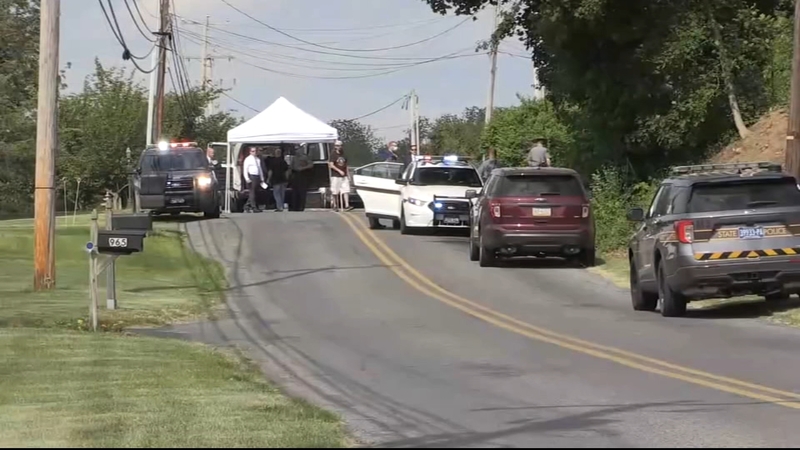 WILLIAMS TWP., Pennsylvania (WPVI) -- An investigation is underway in Northampton County, Pennsylvania after a man was shot and killed by a Pennsylvania State Police trooper on Sunday afternoon.

It happened around 2:34 p.m. on the 900 block of Berger Road in Williams Township, Northampton County.

Troopers were called to the home after a 911 call reported a disturbance in the area.

Upon arrival to the scene, authorities say a confrontation ensued between 55-year-old Edward Shadder and the trooper outside the home.

"He was running around naked, acting crazy. And apparently, he came over and knocked on my neighbor's door. Then he tries to fight my neighbor," recalled one man who lived on the block.

At some point during the confrontation, the trooper fired two shots, killing Shadder, said investigators.

A stun gun was used on the man before he reportedly charged at the responding trooper, according to WFMZ.

Authorities have not identified the trooper involved.