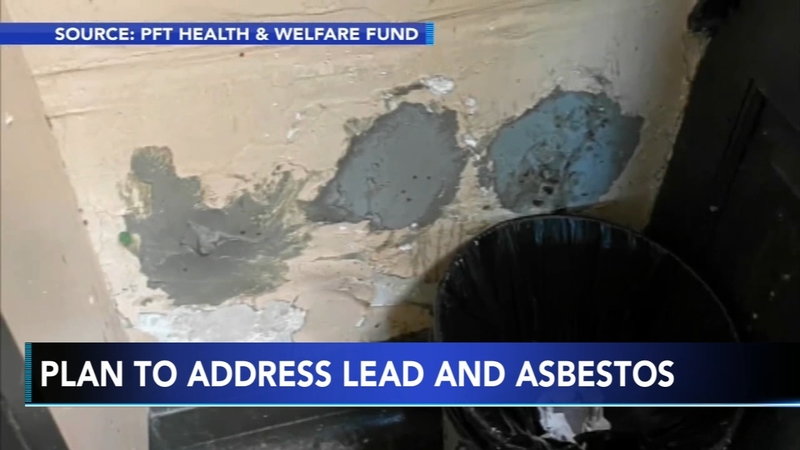 HARRISBURG, Pennsylvania (WPVI) -- Pennsylvania Governor Tom Wolf announced a plan on Wednesday to help remove toxic materials in schools and other facilities across the state.

That includes asbestos, lead and mold.

In Philadelphia, asbestos has been a major concern lately as the substance has forced periodic closures of several schools.

Wolf is seeking $1.1 billion in funding to help clean up some of the most important spaces in our state that are currently contaminated.

From schools to daycares, down to the water we drink, he says cleanup is expensive and extensive.

He laid out five initiatives to help fund a massive effort to remove lead, asbestos and mold.

From grants to money in his upcoming budget, he says this is a public health issue that needs to be addressed - now.

Meanwhile, McClure Elementary in the Hunting Park section of Philadelphia is now back open again after being deemed safe by the school district and the teachers union after asbestos was found there.

Officials say there is still some asbestos in the building, but the district says those areas are safely sealed off.