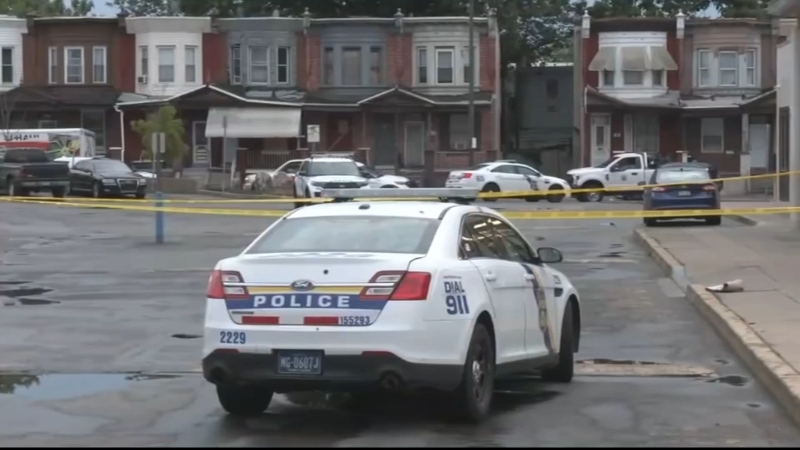 PHILADELPHIA (WPVI) -- A woman is fighting for her life after she was found suffering from a gunshot wound to the head at a North Philadelphia shopping plaza on Wednesday night.

Police say around 6:38 p.m. officers found the woman in the parking lot of the plaza located on 2200 block of West Lehigh Avenue.

According to Chief Inspector Scott Small, video shows an Audi being driven through the parking lot and then the woman, who police believe to be in her 20s, fall out of the vehicle.

"It shows an Audi driving through the Save-A-Lot parking lot heading in a westbound direction. Then you see the passenger door open and the female falls out of the vehicle. She slides about 50 feet where she ends up on the sidewalk," said Small.

The driver of the Audi then takes off, but police later recovered the vehicle unoccupied.

"There's clearly blood in the vehicle and that vehicle matches the vehicle from the Save-A-Lot cameras," said Small.

At this point, detectives aren't exactly sure where the shooting took place. They're hoping someone in the neighborhood might know something.

The victim is in critical condition. Police say she underwent emergency surgery as soon as she arrived at Temple University Hospital.