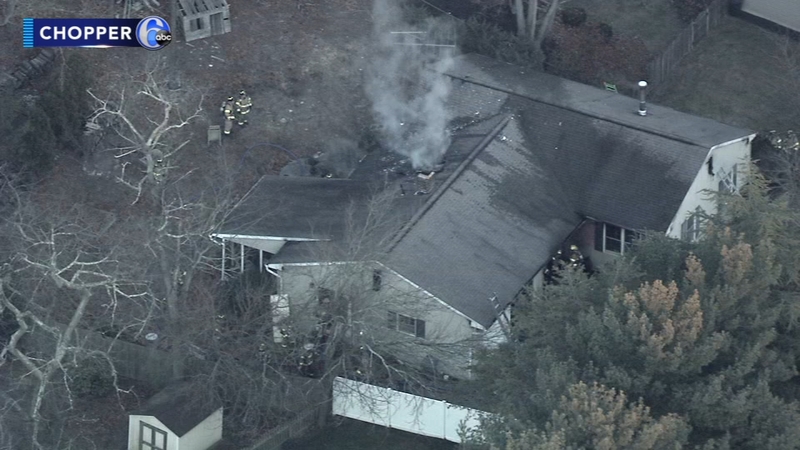 WASHINGTON TWP., N.J. (WPVI) -- A spokesperson for the county confirms that a woman has died as a result of a house fire in Washington Township, Glocuester County.

Officials said 911 calls started coming around 4 p.m., reporting a house fire near the intersection of Ganttown Road and Congress Drive.

Neighbors removed Nicosia from the house after seeing smoke billowing from the roof. She was the only person home at the time of the fire.

Officials said the fire was brought under control in about an hour.

An autopsy is scheduled for Wednesday by the Gloucester County Medical Examiner's Office.