BRISTOL, Pennsylvania (WPVI) -- The remains of a 20-year-old soldier from Bucks County, Pennsylvania who was killed in battle during World War II have been identified more than 77 years after his death, according to a government agency Thursday.

In a press release, the Defense POW/MIA Accounting Agency (DPAA) said Wildman's unit was part of the Hürtgen Forest offensive on the border of Belgium and Germany when he was killed.

The Hürtgen Forest offensive lasted from September 19, 1944, to February 10, 1945, consisting of a fierce series of clashes between U.S. forces and the entrenched German forces, the DPAA said.

"On November 13, 1944, elements of the 12th Infantry Regiment assaulted German positions near Germeter, but the attack was broken up. Private Wildman was a member of a machine gun unit during the assault and was likely killed during this operation," the agency said.

According to the Defense POW/MIA Accounting Agency (DPAA), Wildman's unit was part of the Hurtgen Forest offensive on the border of Belgium and Germany when he was killed.

Officials said his body was unable to be recovered due to the fighting.

When the war ended, the American Graves Registration Command (AGRC) was sent out to investigate and recover missing American personnel in Europe.

Despite conducting several investigations in the Hürtgen area between 1946 and 1950, officials said Wildman's remains were unable to be recovered or identified.

The Bucks County native was declared non-recoverable in December 1951. 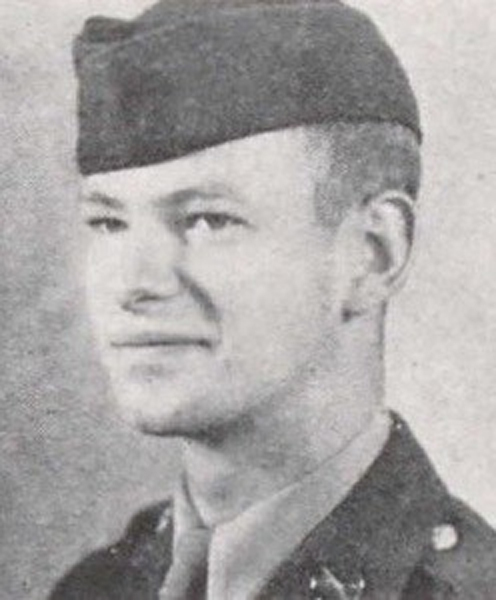 In 1947, however, a German demining team discovered remains in the Hürtgen area. They were recovered by the AGRC. The unidentified remains, designated X-5441 Neuville, were then buried in the Ardennes American Cemetery in Belgium in 1950.

Decades and decades later, a DPAA historian studying unresolved American losses in the Hürtgen area determined the set of remains could belong to Wildman.

The remains were disinterred in April 2019 and sent to the DPAA laboratory at Offutt Air Force Base in Nebraska for examination and identification, officials said.

According to the DPAA, scientists used dental and anthropological analysis, as well as circumstantial and material evidence, to identify the remains.

On January 26, 2022, the DPAA identified the remains as Walter G. Wildman.

Wildman's name appears on the Walls of the Missing at Netherlands American Cemetery in Margaret, Netherlands, which displays the names of those still missing from World War II.

A rosette will be placed next to his name to indicate has been accounted for.

"DPAA is grateful to the American Battle Monuments Commission and to the U.S. Army Regional Mortuary-Europe/Africa for their partnership in this mission," the agency said.