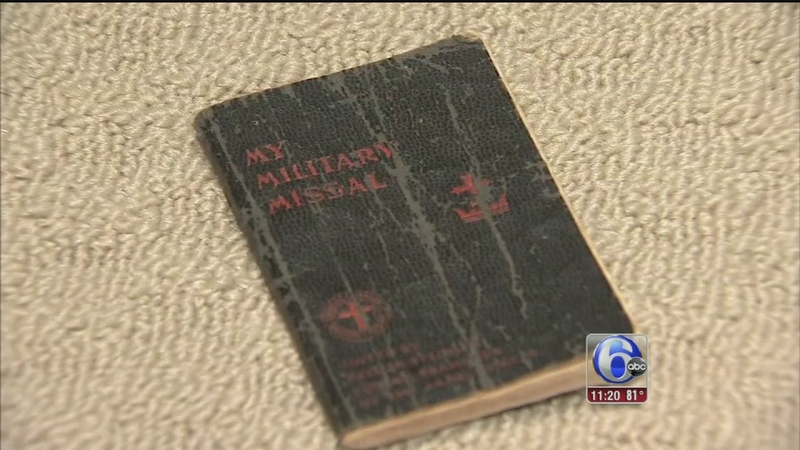 A medic in the U.S. Navy and the Marines, Anthony served in World War II on Okinawa.

She says he relied on his faith to keep him strong and the servicemen around him.

Once his tour was over, he was shipped to New Zealand before coming stateside.

Mr. DeFinis is no longer living, but something he treasured more than 70 years ago has now unexpectedly made its way home.

A military family living in New Zealand found a military prayer missal with Anthony DeFinis' name hand written in the front along with his military serial number.

They went to the U.S. Embassy in New Zealand looking for help in finding the rightful owners.

"I was totally shocked to receive this," DeFinis said.

70 years later, the prayer book has found its way across the ocean to its home in Newtown, Bucks County.

"I'm totally amazed. I think it's fantastic that those people would hold onto to it for so long. To me, it's almost like a miracle," DeFinis said.

The family had no idea the precious heirloom even existed, but now that it's in the family's possession, Patricia DeFinis says it makes her feel closer to her husband.

"It gives you a warm feeling to hold it and just to know he had it in his possession; it's like he's saying 'I'm good, I'm fine,'" DeFinis said.