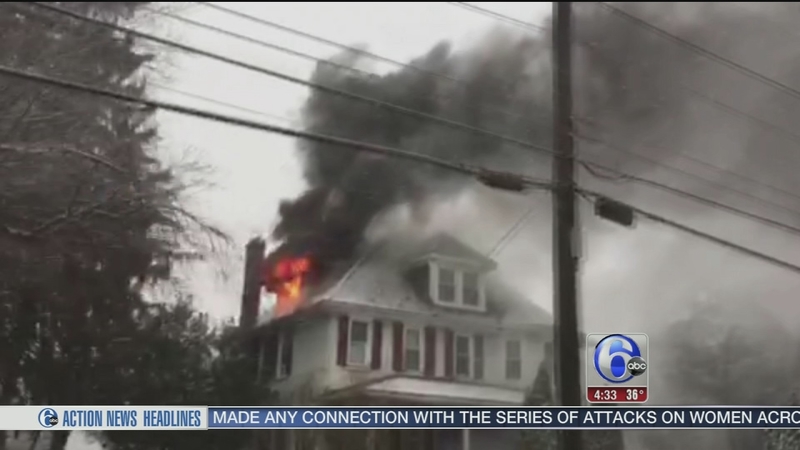 The fire started after 9 a.m. Friday on the 500 block of Valley Forge Road.

"I came home and I can smell it and I can see it and the corner just left. Apparently the person on the third floor passed away," said Cindy Pristash.

Pristash was at work when she got the news that the home where she was renting a room caught fire. Her husband was inside at the time, but thankfully he made it out with no injuries.

Firefighters have confirmed that one person lost their life. The victim's identity is not being released.

"This is the first fatality in Schuykill Township, we believe, in 17 years," said Chief Evan Taylor of the Valley Forge Volunteer Fire Company.

"It could have been a lot more deadly and I am glad it wasn't, but we're still in total limbo as to where we're going to go, what we are going to do and what is recoverable or not," said Pristash.

Investigators say they got the reports of a fire about 9 a.m.

Once the flames were out, firefighters say they discovered the victim on the third floor.

Six people were inside at the time, including the victim who, we are told, lived on the third floor alone.

"There was heavy fire conditions on the third floor. There is smoke and water damage on the other two floors," said Chief Taylor.

For now, what started the fire remains under investigation and those renting a room inside the home, are in shock and trying to figure out what comes next.

"My emotions are everywhere - it's crazy. I have run the gamut already. I am probably sure I am going to do it again very shortly," said Pristash.

The Red Cross is now helping the victims of the fire.