Boy's pool rescue sparks controversy in West Philly: 'They should be fired' 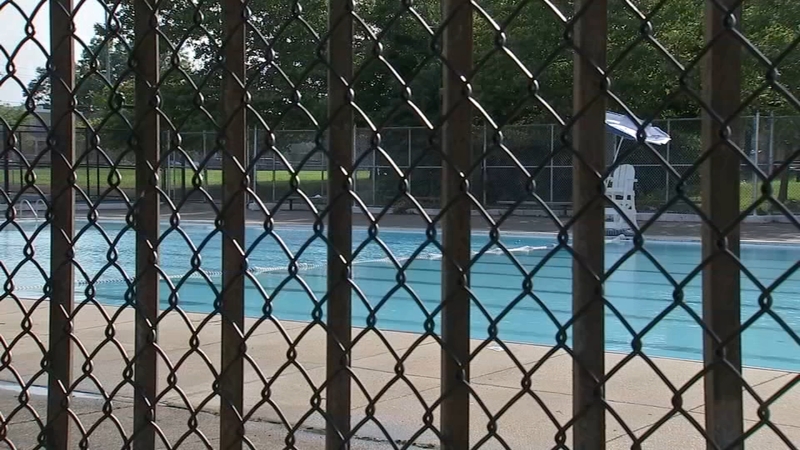 PHILADELPHIA (WPVI) -- A 10-year-old boy's pool rescue has sparked some controversy in West Philadelphia after some accuse lifeguards of being hesitant to give the child CPR.

The incident happened Thursday just before 5 p.m. on the 300 block of N. 57th Street at Haverford Field Park Pool.

Officials say a 10-year-old boy ended up under the water after his father turned his head away for a minute.

The child was pulled out of the pool by the lifeguard and police officers from the 19th district and performed CPR.

Officials say the child began breathing on his own and was transported to Children's Hospital of Philadelphia where he was placed in stable condition.

A young child was rescued from a Philadelphia pool after nearly drowning on Thursday afternoon.

"She started CPR immediately when she pulled the child out of the water," said Tracie Coulston of West Philadelphia.

But other witnesses say the lifeguards were hesitant to help the boy, reportedly out of fear of COVID-19.

"They should be fired. They were hesitant on touching the boy. One didn't want her mouth to touch his mouth -- like this is part of being a lifeguard man," said Jamar Muhammad, who witnessed the incident.

One woman says she finally had to step in to give the child mouth to mouth after a lifeguard seemed squeamish about doing so.

"Blow in that boy's mouth, blow on him until stuff comes out. She did not want to blow his damn mouth," said Teresa Robinson of West Philadelphia.

Parks & Recreation Commissioner Kathryn Ott Lovell was at the pool to get a first-hand account of what happened.

"We have no comment at this time. We will have a statement shortly," said Lovell.

A spokeswoman later said their preliminary investigation showed the guards acted reasonably, but could not say what the policy was on lifeguards performing mouth-to-mouth resuscitation during the age of COVID.

The pool was closed for the remainder of the evening.