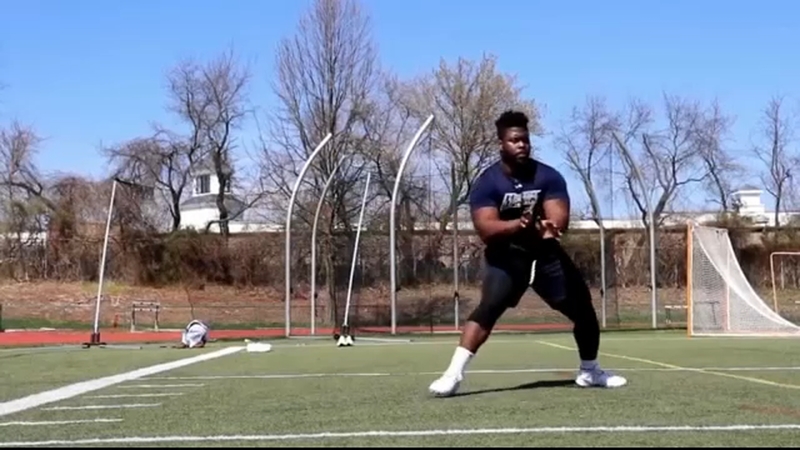 PHILADELPHIA (WPVI) -- Like all athletes aspiring to make it to the pros, it's about fulfilling a lifelong dream. But for Levittown native Sam Cooper, it's also about fulfilling a promise he made long ago as his brother was dying of cancer.

"The last conversation we ever had he said, 'Listen I'm not gonna be able to play sports, you have to do it.' And I said, 'You know what, I'm definitely gonna be a pro athlete,'" recalled Cooper.

Cooper was only 9 years old at the time. He had come to the United States with his mother from Lagos, Nigeria just three years before. His father stayed back to run the family aviation business.

"In 2009, my dad was murdered in Lagos, Nigeria; he was stabbed 17 times. One day he just didn't tip someone, they brought people in and killed him," said Cooper. 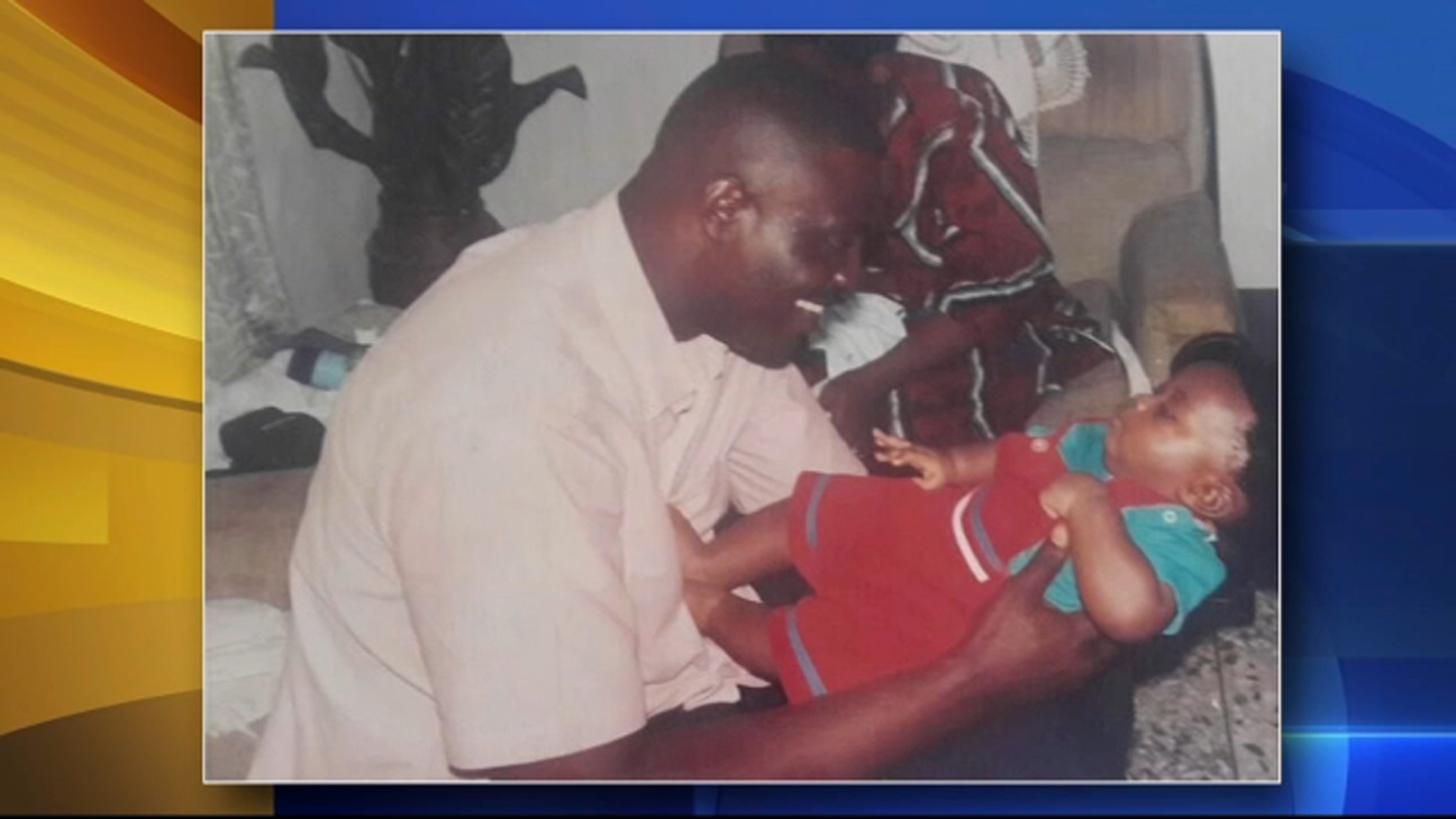 "I was very blessed to have a mother who was always there for me and supporting me. I remember I was lying down with her when my dad died and I said to her, 'Listen, we're not gonna starve, we're not gonna struggle, we're gonna be on top.' I literally told her, 'I'm gonna make sure I do everything he did one day,'" added Cooper.

Driven by their deaths, with an unmatched work ethic, Cooper set out to become the ultimate underdog success story.

"I was just serious. I was always doing pushups, so regimented, watching what I ate, and it was just a crazy drive at such a young age," he said. 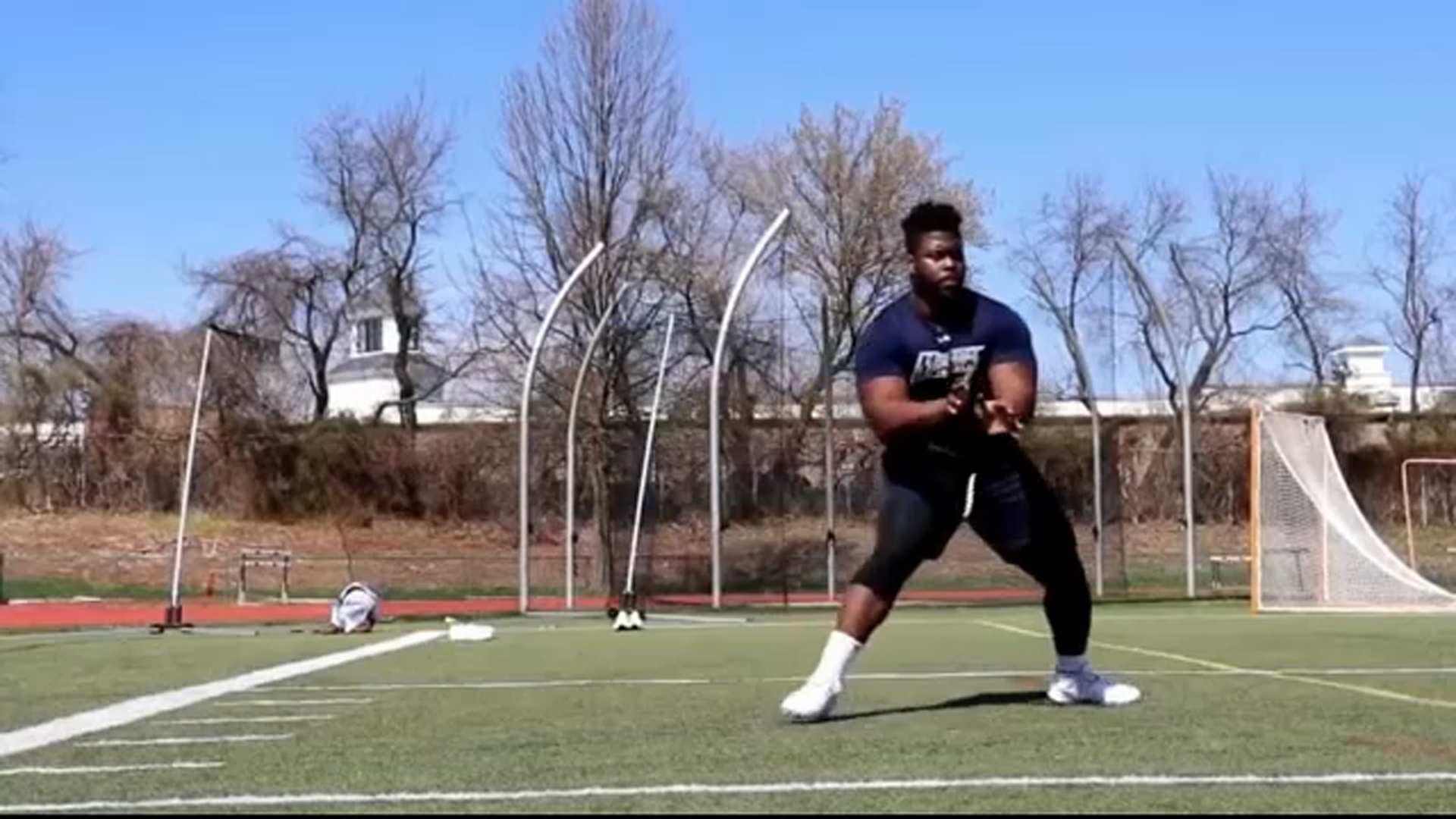 Cooper was a star at tiny Conwell Egan Catholic High School and then tiny Merrimack College.

The 6'2, 315-pound guard now projects as a late-round NFL Draft pick and has been invited to prestigious showcases like the East-West Shrine game, the Tropical Bowl, and, this past weekend, the Hula Bowl, all without even playing his senior season, which at Merrimack was wiped out by COVID-19.

He's already graduated and has a 4.0 in his master's degree courses in management.

"In life, not everything's gonna go great for you, not everything's gonna go your way. You're gonna face an adverse situation and you can allow it to break you or you can allow it to make you stronger," said Cooper. "I see it happening. I'm ready for it to happen, and I'm gonna work hard for it to happen. In my head, it's already done. I just gotta do the work and I've been working my whole life."
Report a correction or typo
Related topics:
sportslevittownaction news sportsfootballfamily
Copyright © 2021 WPVI-TV. All Rights Reserved.
More Videos
From CNN Newsource affiliates
TOP STORIES