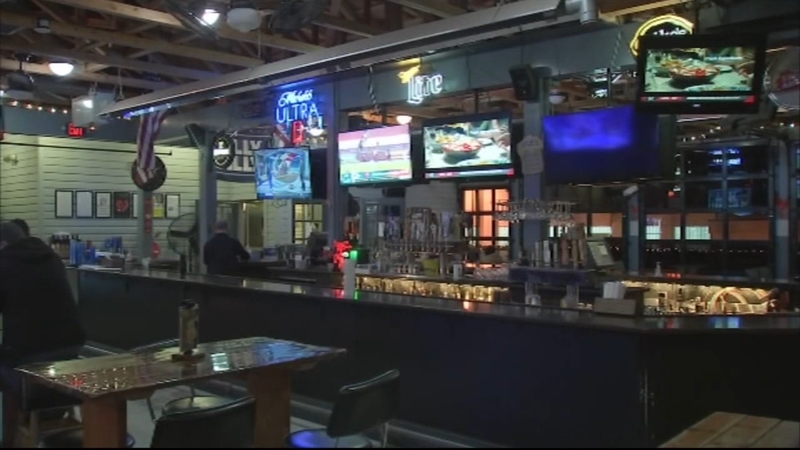 New Jersey Gov. Phil Murphy announced that restaurants and some other businesses can expand their indoor capacity limits beginning Friday.

Beginning February 5, indoor dining capacity at restaurants will be capped at 35%, upped from the previous 25%. Murphy said the statewide 10 p.m. restaurant indoor service limit will be lifted, however local restrictions may remain in place.

This order will take effect Friday, February 5th. Public health protocols must be adhered to. pic.twitter.com/L4SnyDgIfW

The prohibition on seating at indoor bars will remain in effect, he said, as it creates the danger of close and prolonged proximity between patrons, bartenders, and servers.

The announcement got mixed reviewed from Garden State restaurant owners.

"Doesn't really do much for us, particularly with the six-foot requirements. So, we'd really love to have a little bit more capacity. Go up to at least 50%, 75% would be awesome," said Matt Bacon, owner of the Whistlers Inn in Cinnaminson.

The expiration of the 10 p.m. limit is welcomed news to Nick Manousos who owns Throwbacks Bar & Grill in Delran.

"The 10 o'clock is big for us, especially just in time for the Super Bowl. I couldn't imagine telling guests three-quarters of the way into the game that, 'Hey, you have to leave now," said Manousos.

Murphy said the changes are possible because hospitalizations due to the virus have gone down by about 20% over the last three weeks.

"I think it's pathetic. I think it's a joke. I think he doesn't have a conscience. I don't know how he sleeps at night," said Martino Cartier who owns a salon in Washington Township.

Cartier says he has seen a number of his friends forced out of business because of Murphy's COVID-19 restrictions.

Beginning February 5, indoor dining capacity at restaurants will be capped at 35%, upped from the previous 25%.

The capacity limits have hobbled restaurants and led to calls from some Republicans to let businesses reopen. Murphy, a Democrat, credited his administration for not raising and lowering capacity limits multiple times.

"We go up responsibly," Murphy said.

Murphy said as of Wednesday morning, 837,225 vaccinations had been administered across the state. That number includes 691,229 first doses and 145,979 second doses.

All six of New Jersey's mass vaccination sites reopened on Wednesday after appointments had to be rescheduled Monday and Tuesday due to winter weather.

RELATED: State of emergency for New Jersey will remain in effect on Tuesday; vaccine mega-sites to remain closed

"In addition to those who were already scheduled for their vaccinations today, our mega-sites will also begin serving those whose appointments from the past two days were rescheduled because of the storm," Murphy said.

An additional federal retail pharmacy program will launch next week in New Jersey through a partnership with CVS Pharmacy and Rite Aid.

"Since most Americans live within five miles of a pharmacy, this program will expand our vaccine footprint in areas of high need," Murphy said.

NEW: An additional federal retail pharmacy program will launch next week through our continued partnership with @riteaid and @cvspharmacy.

Since most Americans live within five miles of a pharmacy, this program will expand our vaccine footprint in areas of high need.

Murphy said there were 52 deaths overnight, putting the death toll at 19,506.