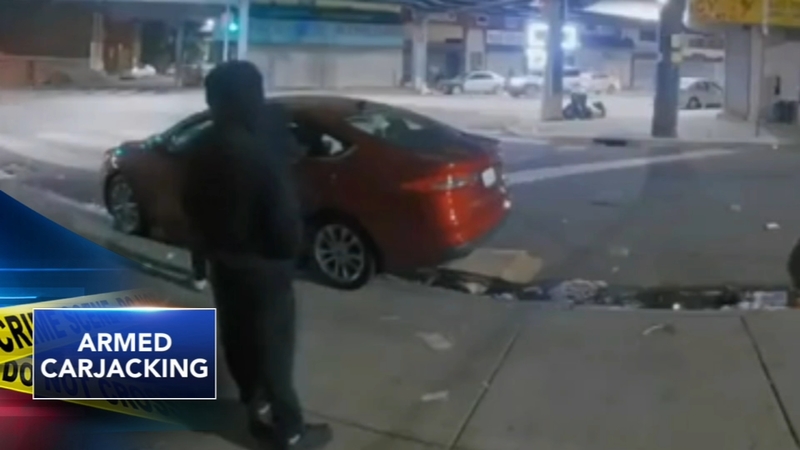 Dramatic increase in carjackings in Philadelphia

PHILADELPHIA (WPVI) -- Philadelphia police released surveillance video of an armed carjacking amid an alarming rise in such crimes.

It happened in the 2800 block of Kensington Avenue in the early morning hours of June 11.

Three men can be seen approaching the victim who was getting out of his vehicle.

"At least one of them had a handgun. They took some money from that individual, from the victim, they also took his Ford Focus," said Lt. Rob Brockenbrough.

Police said the victim was not hurt and his car was later found.

Police are on the hunt for a dirt bike rider who shot and killed a 37-year-old man around 6:30 p.m. near 52nd Street and Girard Avenue in West Philadelphia.

Back in 2019, Philadelphia police reported 225 carjackings in the city. Last year, that number spiked to 410.

So far in 2021, investigators confirm there have been 193 carjackings.

That puts the city on pace to at least match last year's total.

Retired Deputy Commissioner Joe Sullivan says there is a number of things you can do to minimize your chances of getting carjacked.

"A lot of the victims are just sitting in the car," Sullivan said. "They are waiting for someone, they're finishing up some text messages, the car is still running, they are alone, and they are seen as a victim of opportunity."

But if all else fails, and you find yourself a target of a carjacking, the best thing you can do is surrender the vehicle.