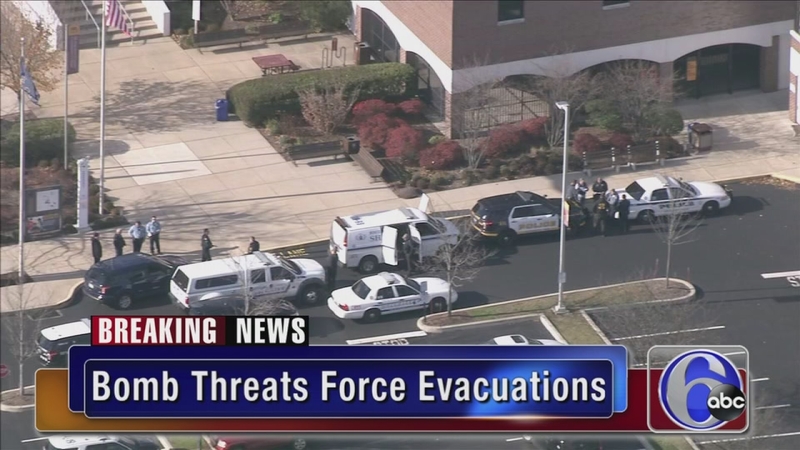 The West Campus was reopened around 3:00 p.m. and classes were to resume beginning at 4:00 p.m.

MCCC's WEST CAMPUS has just been cleared and is now open. Classes & activities resume at 4.

The Montgomery County threat was announced around 11:45 a.m. Thursday.

West Campus Alert. A bomb threat was received for South Hall. All students at West Campus are asked to evacuate the campus in an orderly fas

MCCC officials say the alert was received for South Hall.

All students at the West Campus were evacuated and day classes were cancelled.

An Action News viewer sent in a photo of the text alerting students to the threat. 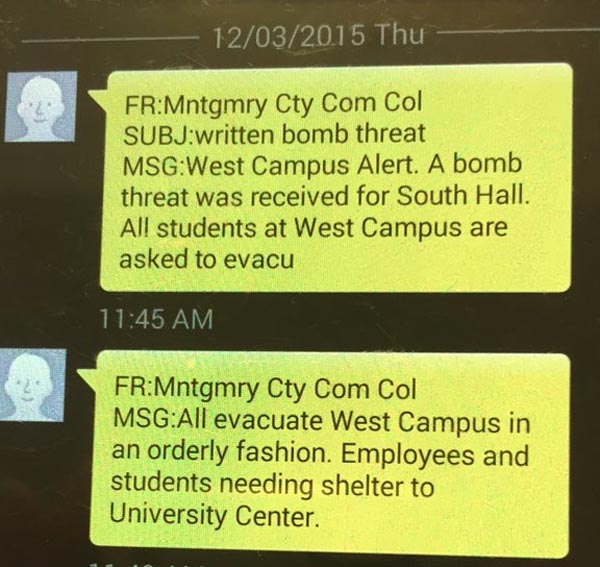 Earlier in the day, just before 7:00 a.m., the Library and Gateway Center at Bucks County Community College in their Newtown Campus were evacuated due to another bomb threat.

Police bomb dogs have cleared Library/Gateway. No explosives were found.

No explosives were found.

The buildings reopened at 1:00 p.m. for students and visitors.