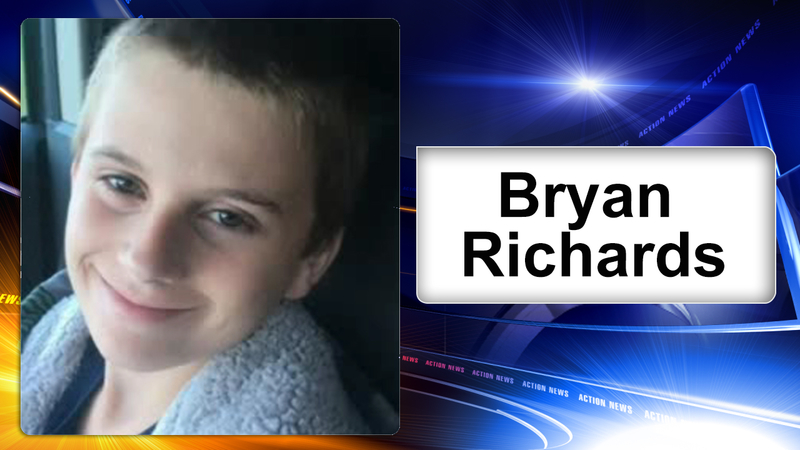 MINQUADALE, Del. (WPVI) -- The mother of a 12-year-old boy severely injured by a hit-and-run driver is pleading for the public's help in trying to locate the person responsible.

"It's Christmas time. I have a 12-year-old boy in the hospital at Christmas time, and that's gonna be hard," said Sheena Kanich, victim's mother.

Kanich says her son, Bryan Richards, a 7th grader at Gunning Bedford Middle School, loves playing sports, and, in particular, football and basketball. But he likely will not be playing sports for some time.

He remains in guarded, but stable condition at A.I. DuPont Hospital for Children with multiple, severe injuries he suffered in Monday night's hit-and-run.

New Castle County Police say it was about 5:40 p.m. when the boy was struck by a hit-and-run driver as he attempted to cross the unit block of Memorial Drive, just off Route 13 in Minquadale, Delaware.

"There was a lady who said that the car stopped, but then kept going, like he stopped and then he just left," said Kanich.

Late Wednesday, police released an image of the car involved, described as a red 2004 to 2010 Chrysler 300. Police say its driver-side mirror should be missing. The passenger-side mirror should have yellow, tinted glass with a chrome back. It potentially has the words "Auto Dim" printed on the glass.

"I'm hoping somebody would grow a conscience and turned themselves in, and I guess explain themselves of how they could leave a kid laying in the street," said Kanich.

Bryan's mom says he faces a long road of surgeries, and will probably remain hospitalized at least until January.

"I'm just hoping that somebody would help and turn this person in because obviously this person doesn't really have a conscience," said Kanich.

A $20,000 reward is being offered for information that leads to an arrest and conviction.