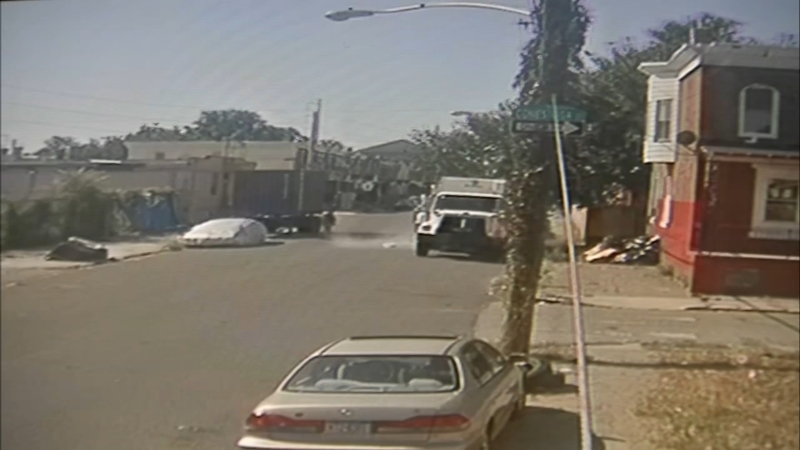 "This is just a bad black eye on our department for the acts they committed," said Williams.

Williams' statement comes after two sanitation workers were caught on camera illegally dumping what looks like construction debris in the middle of the road on the 6400 block of Paschall Avenue last week.

The workers have since been fired.

"I still can't fathom why they did this, but regardless they are no longer here at the department to explain it," said Williams.

And at least one other city worker may be in hot water, too.

Jennea Ellis says her West Philadelphia neighborhood is a haven for illegal dumpers. Residents have had to put up no dumping signs on their properties. Earlier this summer, she caught who she believes is a Philadelphia Water Department employee illegally dumping a mattress and other trash. She confronted the guy. But he sped off in his water department truck.

"The guy pretty much tried to run me over. I said it's ok--took my phone and started taking photos," said Ellis.

A spokeswoman for the mayor says an investigation is underway and the case is being taken very seriously.

Ellis says it's about time.

"It's going to take a united front from all of this to do this," she says.

And she is not going to stop being vigilant. She has a warning for illegal dumpers.

"Stop, because if you come on my block I am gonna take your picture," said Ellis.

City officials say if you see illegal dumping in progress, call 911. If it's after the fact, call 311.

It's also critical to get a license plate number, so investigators can track down who is responsible.
Report a correction or typo
Related topics:
philadelphia newstrashlitteringaction news investigationdumpingjim kenney
Copyright © 2021 WPVI-TV. All Rights Reserved.
More Videos
From CNN Newsource affiliates
TOP STORIES