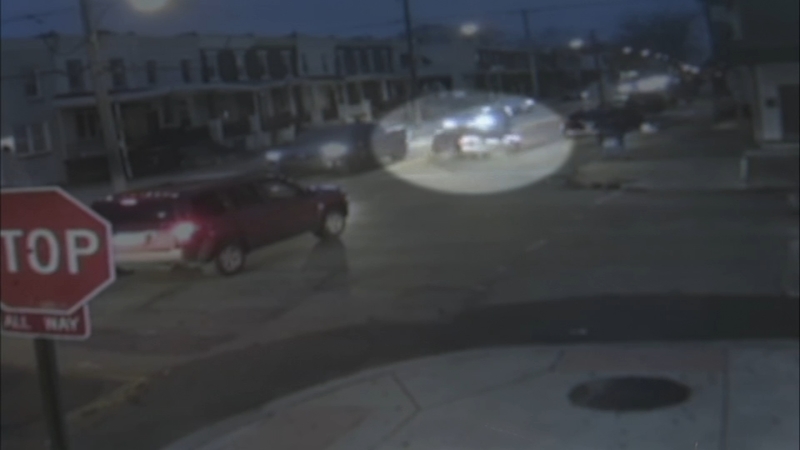 WEST PHILADELPHIA (WPVI) -- The search is on for three young men after a stolen car from Delaware County crashed into a house in West Philadelphia.

The whole incident was caught on surveillance video.

The video shows the car nearly hitting a red SUV at 55th Street and Wyalusing Avenue before making a sharp turn and slamming into a house Tuesday night.

Rudolph Looney was inside the home at the time. Looney says he was taking a shower when he heard a loud bang, followed by the sound of firetrucks.

"I was like 'that firetruck sound was getting closer and closer.' I just thought it was coming around the area. I came down and I saw the car in the basement," Looney said.

Detectives say the car was stolen in Sharon Hill on Saturday.