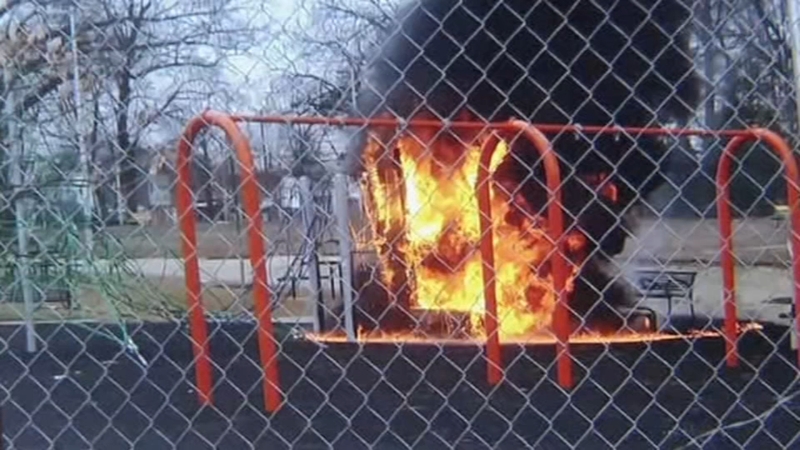 PHILADELPHIA (WPVI) -- A community wants answers Saturday night after a fire damaged a playground that's been under renovation for nearly two years.

Philadelphia fire officials say they were called to the Stenton Park Playground just before two this afternoon.

They were able to quickly get the fire under control.

Investigators have not confirmed how the fire started but community members say it was intentionally set.

"Today about an hour ago, what happened as you see in the background, kids were playing here, and they set this fire," said Curtis McAllister, Stenton Park Advisory Council treasurer.

The city originally broke ground on the $2.8 million project to renovate the playground and recreation center in June 2017.