WPVI
By Brandon Longo
LINWOOD, N.J. (WPVI) -- A South Jersey man says over 250,000 people reached out to him to say happy birthday after his sons put up a billboard.

If you drove along the Black Horse Pike near West End Avenue in Atlantic City last month, you've likely seen the billboard: "Wish My Dad Happy Birthday" along with a phone number.

And that's just what thousands of people did.

"Dad" is Chris Ferry from Linwood. He says the billboard was spawned after years of pranks from his sons. 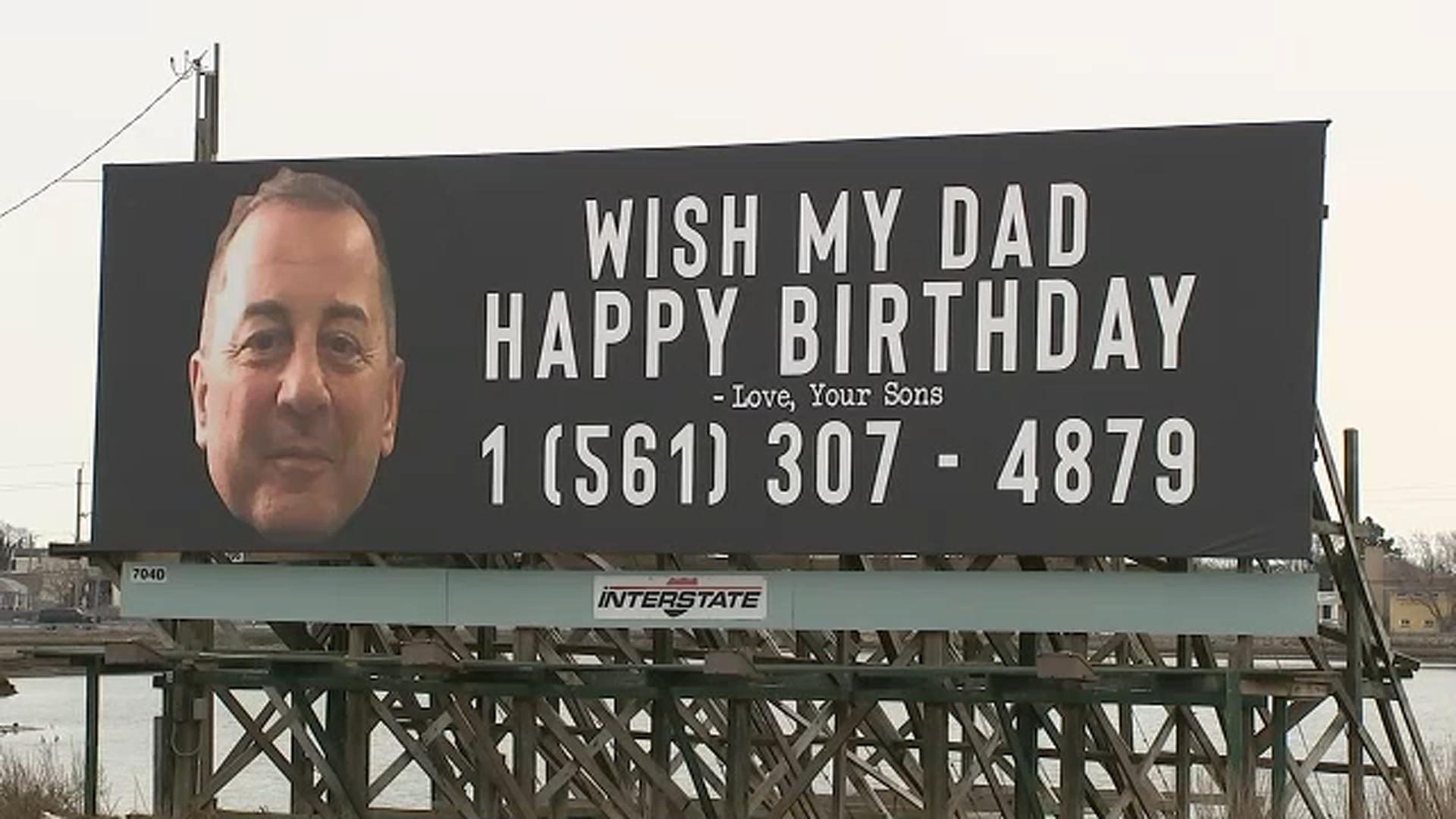 "They would always tell the waitress it was my birthday even if it wasn't," said Ferry.

But this time, it was no prank. Ferry was celebrating his 62nd birthday and his sons wanted to go all out.

Within days, Ferry says thousands of people reached out. By the end of March, more than 250,000 went out of their way to say happy birthday. Some even from across the country.

"From Somalia, Iran, Iraq, the Philippines--it went worldwide," he said.

Ferry even started getting recognized at restaurants.

Ferry says he went to P.F. Chang's after the billboard was put up and a waitress called him "the Billboard Dad."

And then the name just stuck.

"Oh my God... that's it, you're going to be the Billboard Dad," Ferry recalls his wife, Daneen saying at the time.

The birthday calls were so bad he even had to change his phone number.

But one call sticks out to Ferry. He says someone called to say happy birthday in memory of their own father who passed away.

"I wish my sons grew up like your sons," the caller told Ferry.

So this past Saturday, Ferry wanted to say thank you to all those who reached out, and put up a billboard of his own that read: "Thank you for the birthday wishes. Over 250K calls worldwide. Love, #BillboardDad."
Report a correction or typo
Related topics:
community & eventsnew jersey news
Copyright © 2020 WPVI-TV. All Rights Reserved.
More Videos
From CNN Newsource affiliates
TOP STORIES