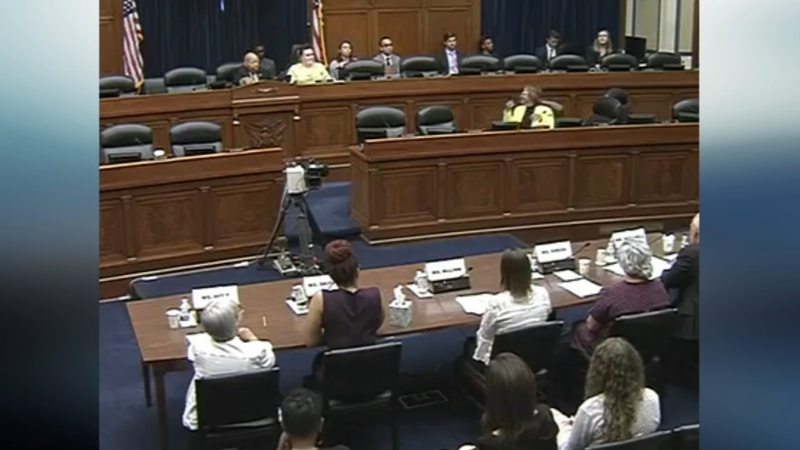 WASHINGTON, D.C. (WPVI) -- Congress continues to investigate the rising cost of prescription drugs and how to get a handle on the problem.

Today, there was an emotional hearing in front of the Committee on Oversight and Reform.

And lawmakers on both sides of the aisle agree there's a problem.

Some reports show companies have raised the prices of more than 3-thousand drugs just this year with the average increase five times the rate of inflation.

Some patients say the cost of their drugs can sometimes outreach their mortgage cost.

"Things started to spiral out of control," recalls Sa'ra Skipper.

Skipper, who was diagnosed with Type One diabetes at age 5, teared up while telling lawmakers about her family's struggle to afford life-saving insulin.

Even when she had insurance, the cost of the medication and supplies was a 1,000 a month.

"I couldn't afford my full dose so my sister risked her life by sharing some of hers," said Skipper.

Her sister went into ketoacidosis, a life-threatening condition, because she of the lack of insulin.

It was a similar story of hardship from Ashley Krege, who takes a different medication - Humira - for an autoimmune illness.

"After finally getting approved for the drug, I had to pay 750 a month, to say it was a hardship is an understatement," said Krege.

"Then months later I was informed by drugmaker price was going up to almost 1,100 a month," she continued.

David Mitchell, who has incurable blood cancer and is the founder of 'Patients for Affordable Drugs' told lawmaker in his opening remarks that "Yes, drug companies should profit when they develop innovative drugs. But we are way out of balance right now, and it's costing us all-in our family finances, our health outcomes, and lives."

Pam Holt, a retired teacher who has the same incurable cancer as Mr. Mitchell, multiple myeloma, told the committee that she needs a drug called Revlimid.

Holt says "That cost was totally unaffordable for me. After just one year it sent me into serious debt. I was entirely underwater and I had to make the heartbreaking decision to refinance my house."

Today's hearing wasn't just emotional for the patients sharing their stories, but for the lawmakers listening.

Choking back tears, Michigan Congresswoman Rashida Tlaib noted her experience with sacrifice as one of 14 children in her family.

"This committee hits home so much," she said.