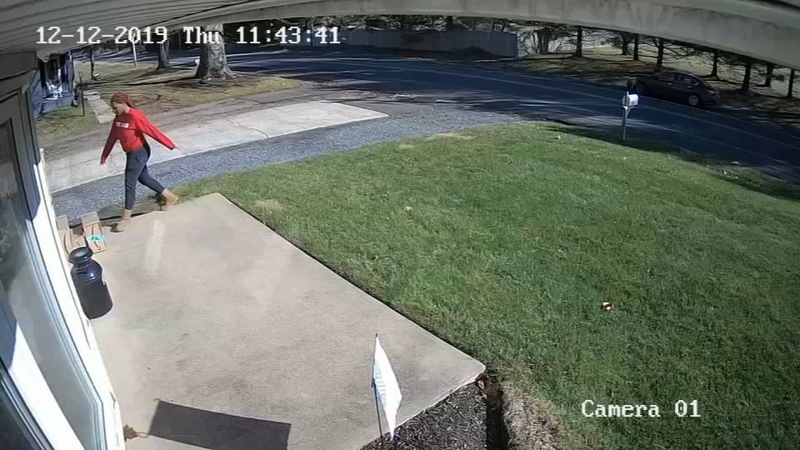 She was caught on multiple home surveillance cameras, and police say there could be even more cases because some may not have realized their packages are missing.

The woman walks up to the porch holding a box, and then swaps it with the one sitting on the porch. Police say the box she leaves is empty.

Jake Wolpert says he had about $150 worth of gifts stolen from his front porch on Thursday.


"Once I found out someone else's packages had been stolen, I checked and I saw mine were supposed to have been delivered and they weren't here," said Wolpert.

He believes all of Thursday's thefts were by the same woman, who was driving a red or maroon Nissan Altima with front end damage. He says a good practice is to have packages delivered to your workplace if you know you won't be home.

"Or at least have a neighbor that you know of - most people get notified that a package is coming that day. So your neighbors can look out for it.," said Clark.

Jake Wolpert says now he'll be investing in a doorbell with a camera.

"Definitely won't be ordering it online. But maybe I'll go to Costco and get the new doorbell. To make sure this won't happen again," said Wolpert.

Chief Clark says they've also reached out to local delivery services to encourage drivers to keep an eye out for suspicious activity.