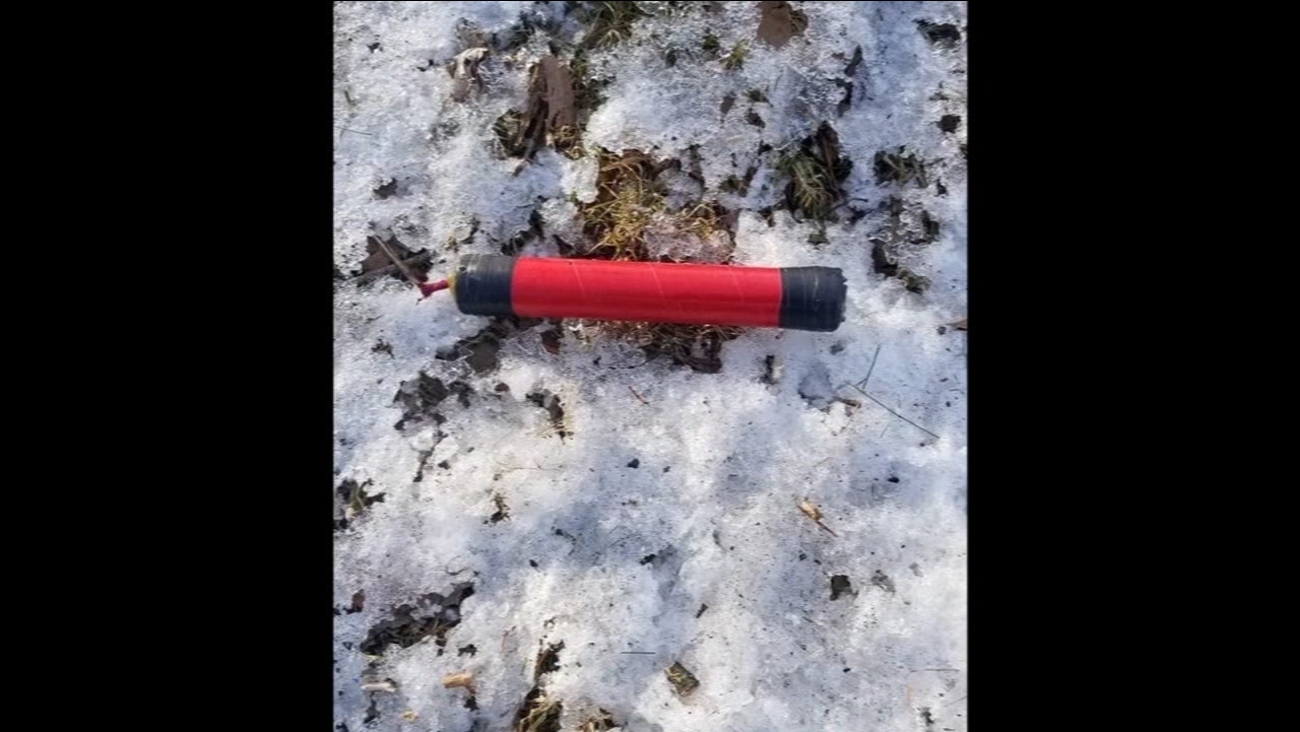 Dion Carotenuto said he's been delivering mail in the neighborhood for years, and when he saw the device near the intersection of 14th Avenue and Olive Street, he called police.

"It's the one thing you don't think you'll find while walking around," said Carotenuto. "I see some weird stuff out there, but nothing that would kill or injure somebody."

Officers and police fire crews responded to the scene at about 2:40 p.m. and established a containment zone until the Montgomery County Bomb Squad arrived. An off-duty FBI bomb technician also assisted at the scene.

The bomb squad took the device away, which they said appeared to be "homemade."

On Wednesday, police went to that area and found that a homemade explosive had detonated under a train trestle. The pipe bomb looked very similar to the one Carotenuto found.

Police believe there could be other pipe bombs in the area.

"Kids that are getting off school buses, it's a huge concern for us as a police department," said Chief Joseph Elias, with the Caln Township Police Department.

Police said the two pipe bombs are about 6-inches long and about 2-inches wide. They appear to be made with black and red electrical tape, but the exact household items used to make them remain under investigation.

The Criminal Investigation Division of the Caln Township Police Department is now investigating.

Anyone with information is asked to call 610-383-1821.
Report a correction or typo
Copyright © 2021 WPVI-TV. All Rights Reserved.
More Videos
From CNN Newsource affiliates
TOP STORIES