WPVI
By Alicia Vitarelli
PHILADELPHIA (WPVI) -- It's a challenging time for Philadelphia restaurants right now, with mandatory shutdowns for everything but takeout.

Imagine trying to open a business when the world is seemingly shutting down around you, but one Philadelphia restaurant owner did just that.

The Original Hot Dog Factory is serving up 23 varieties of hot dogs. It's right at 15th and Cherry Streets, which owner Aaron Anderson thought was a prime location.

But right now, the streets outside his shop are quiet.

Anderson originally planned to open on March 16 and then start offering delivery a few weeks after that. But with restaurants now allowed to do takeout and delivery only, he had to flip everything around.

The Original Hot Dog factory started in Atlanta in 2010, but is now opening franchises across the country and Philadelphia is the first market.

Anderson was born and raised in Philadelphia and has four shops in the works. The first opened earlier this month at Subaru Park.

"It was the very first minor league game that they had there," Anderson says.

"To show my gratitude," he says. "I am very thankful and appreciative."

His message: Stay strong and get through it, and you'll be fine.

You can place your order by phone or through a food delivery service. He's on Black and Mobile, Grubhub, Uber Eats and Doordash.
Report a correction or typo
Related topics:
food & drinkphiladelphiafoodcoronaviruscommunity
Copyright © 2020 WPVI-TV. All Rights Reserved.
CORONAVIRUS 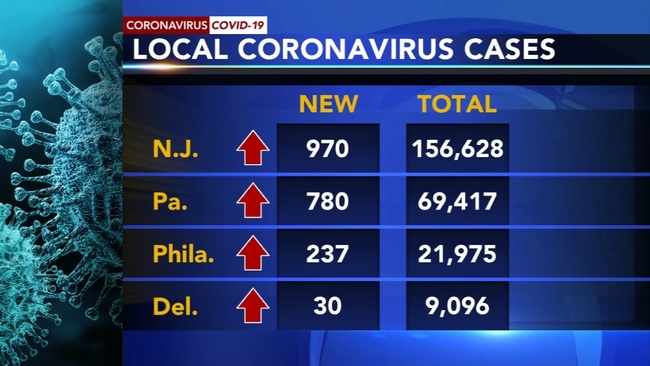 Some tips for having a wedding in the age of coronavirus