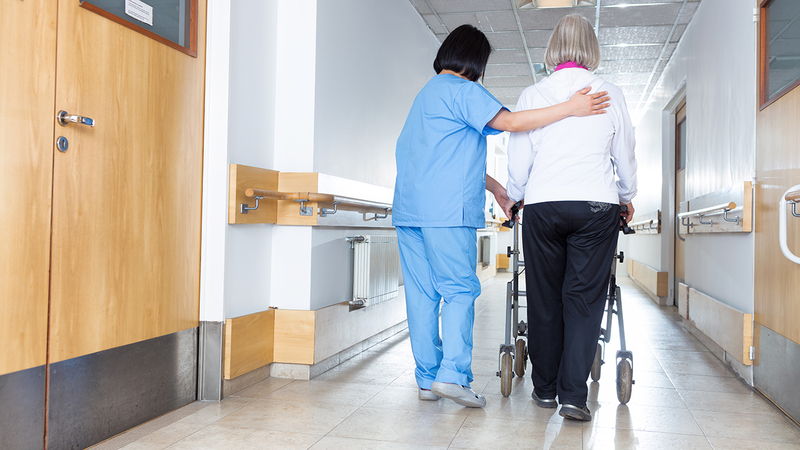 Action News used the numbers released by the states of Pennsylvania and New Jersey to create searchable databases.

Just scroll through the list or type in the name of a facility to see the numbers:

After weeks of delay, state health officials released a list of 557 long-term care facilities in Pennsylvania reporting cases of the novel coronavirus among residents or staff.

Nursing homes and personal care homes have struggled for months to contain the virus, with many lacking the trained staff, testing supplies and personal protective equipment in the early going that could have helped them slow the spread, according to public health experts.

"All of those things are a challenge, and each one of those things together creates a high barrier for nursing homes, even today," said Tricia Neuman, executive director of the Kaiser Family Foundation's program on Medicare policy.

The administration of Gov. Tom Wolf has faced criticism that it didn't do enough, soon enough, to keep the virus from spreading among some of Pennsylvania's most vulnerable residents. Residents of facilities that care for older adults account for more than two-thirds of the state's overall death toll of 4,624 - a higher proportion than in most other states.
"There is no question, in Pennsylvania and all across the world, long-term care facilities have been places where this virus has wreaked absolute havoc. And we keep trying to figure out what we can do better as we move along in this pandemic," Wolf said at a video news conference. "I think in hindsight there are a lot of things that maybe we'll learn, and I hope we do, that we can do better."

Pennsylvania's top prosecutor, Attorney General Josh Shapiro, has opened criminal investigations into several nursing homes. The attorney general's office has not said how many facilities it is investigating, or revealed their names or provided any other details about the specific allegations.

More than 30 nursing homes reported that at least 100 of their residents have tested positive for the virus since early March, when the first infections were confirmed in Pennsylvania.

The state's worst nursing home outbreak - and one of the worst nationally - is at Brighton Rehabilitation and Wellness Center in Beaver County, near the Ohio border, where 358 residents and 25 workers have contracted the virus, and 76 have died. The Health Department has installed a temporary manager at Brighton, and the National Guard has been sent there and to other nursing homes with severe outbreaks.

Most of the other homes reporting 20 or more deaths are clustered in the eastern half of the state, where the virus has been more prevalent in the population as a whole.

Gracedale, a county-run facility in Northampton County, calls itself the largest nursing home under one roof in Pennsylvania. More than 200 residents and 40 staff members there have been infected, and 44 have died - the third-highest death toll in a nursing home.

"We feel every death poignantly. The residents are family to the people who work at Gracedale," said Northampton County Executive Lamont McClure, who called each death "heartbreaking." That said, McClure added, about 6.3% of Gracedale's population has died of COVID-19, a percentage that "compares very favorably with many much smaller homes."

Another large county-run nursing home, Neshaminy Manor outside Philadelphia, has reported 39 deaths, despite having prohibited visitors even before the Wolf administration banned them statewide. The facility also immediately placed all six of its units into quarantine.

Neshaminy Manor staff tested residents who showed symptoms associated with COVID-19 at the time - fever, cough and shortness of breath - but other symptoms that came to be linked to the disease, including a lost of taste or smell, could have resulted in even more widespread testing early on, officials said.
"Had that information been known earlier it might have better informed our screening procedures," Bucks County spokesman Larry King said in an email.

Health officials had been under mounting pressure to name long-term care facilities with virus cases, with the state's chief fiscal watchdog, Auditor General Eugene DePasquale, urging greater transparency. Health Department officials had said they were weighing the public's right to know against patient privacy and the dictates of state law.

The Health Department still held back some information from Tuesday's release, redacting data from facilities reporting 1 to 4 infections or deaths. Officials cited patients' right to privacy for the decision.

The Wolf administration has faced criticism that it fueled the outbreak in nursing homes by allowing residents who tested positive for the virus to be readmitted from the hospital.

But guidance from the U.S. Centers for Disease Control and Prevention never discouraged such a practice. Instead, the CDC advised nursing homes to create a plan for managing readmissions of residents who contracted the virus as well as admissions of new residents who were infected. Nursing homes were told to place those residents in a single-person room, or in a separate observation area to be monitored for evidence of the virus.

The practice of admitting virus-positive patients to nursing homes appeared to be routine across states.

A national nursing home trade group, the American Health Care Association, advised nursing homes in March to create separate wings, units or floors to handle admissions from the hospital. It also said that discharging infected residents from hospitals to nursing homes that could not create separate units - or designate COVID-only equipment and staff - was a "recipe for disaster."

Pennsylvania's guidance to nursing homes sowed confusion as to whether they were required to accept someone who was infected, or whether a nursing home could refuse, said Zack Shamberg, president and CEO of the Pennsylvania Health Care Association, a nursing home trade group,

"That was the real challenge for many weeks and still is, frankly," he said.

Still, he said he was not aware of a nursing home that accepted an infected resident despite being unprepared to do so.