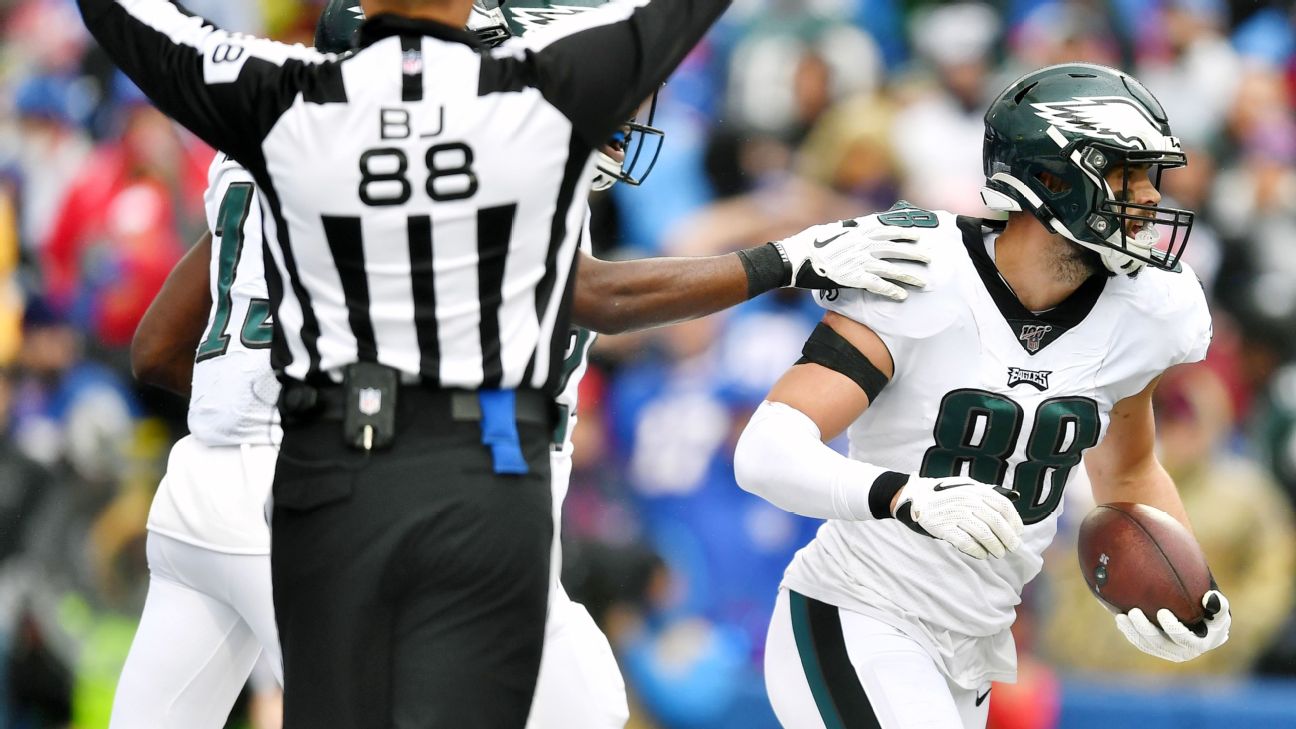 Philadelphia Eagles tight end Dallas Goedert was taken to the hospital after being sucker punched at a South Dakota restaurant Friday night, a league source confirmed.

He lost consciousness after being hit but has since recovered, returned home and is "fine," a source said.


A suspect was arrested Saturday, a source said.

The incident occurred at the Zoo Bar in Aberdeen, according to the Mitchell Republic, which reported that police were called to the scene on a report "of people busting glasses and have busted heads."

Police radioed from the scene to run the IDs of Goedert, 25, and two other men, according to the report.


When contacted, an employee at the Zoo Bar declined to comment.

Goedert, who went to high school in South Dakota and attended South Dakota State, is entering his third season in the NFL. He finished second on the team in receptions (58), receiving yards (607) and receiving touchdowns (5) last season, behind fellow tight end Zach Ertz.