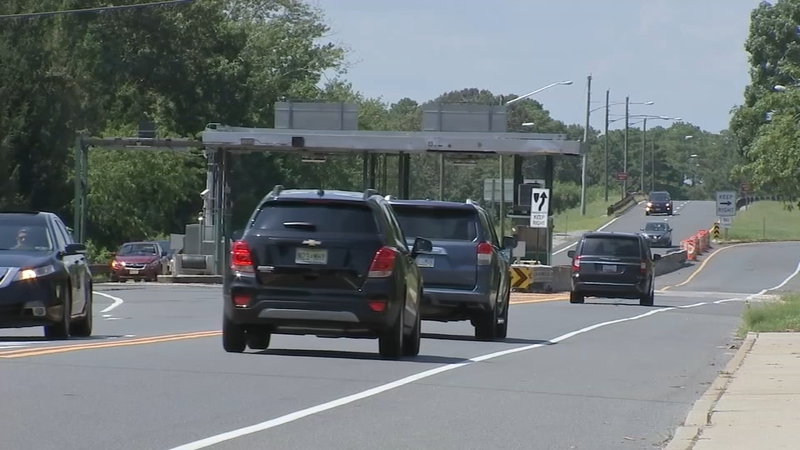 SOMERS POINT, New Jersey (WPVI) -- The New Jersey Turnpike Authority is proposing to close a popular exit along the Garden State Parkway, but businesses, already hit hard by the pandemic, say the move would hurt them even more.

As you head south on the Parkway, chances are if you're going to Somers Point or Ocean City, you've taken exit 30.

Businesses along Laurel Drive just past exit 30 in Somers Point, New Jersey depend on that traffic.

"Believe it or not they're coming in to use the restroom because they're in bumper to bumper traffic on the Garden State Parkway," said Adam Sciarillo, owner of the Grilled Cheese & Crab Cake Company.

And they say losing that traffic is unimaginable.

In its proposed 2020 long-range capital plan approved by the New Jersey Turnpike Authority board in May, changes are laid out for exits 29 and 30 in Somers Point. According to the state's plans, exit 30 would close, and exit 29 would become a full interchange, accessible both north and southbound. The plan points to congestion on the residential Laurel Drive as one of the reasons for the change.

Some residents who live near exit 30 say it's convenient.

"I like the hustle and bustle, the incoming traffic and the activity," said Paul Wilezol of Somers Point.

Doug Hedelt says, "I use it every day. I come right out here, get in there because I work in Atlantic City. I get right on the Parkway, onto the Expressway and it's very simple for me."

In recent weeks, Somers Point and Ocean City councils have passed resolutions opposing the plans, but some residents who live right on Laurel Drive, say they'd be happy if all that traffic was gone.

"I've experienced my granddaughter getting hit by an ambulance. My dog was killed here. We had two cars hit that were parked on the street," said Eleanor Durante of Somers Point.