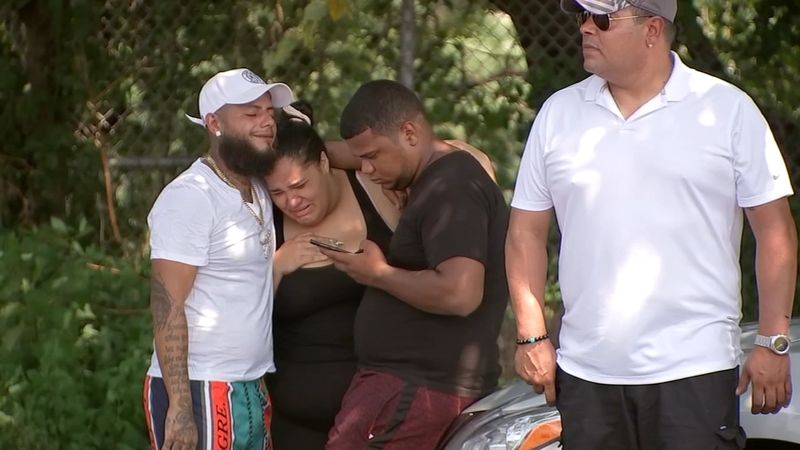 PHILADELPHIA (WPVI) -- A taxi driver was killed in Philadelphia early Tuesday morning, and the suspects are believed to be passengers in the cab.

Family members described the 28-year-old-victim as a father who attended Bible study three times per week.

They can't understand why he was targeted.

It was here, at 12:30 in the morning, the driver was fatally slashed in what police believe was a violent robbery attempt.

"The fact that we found a substantial amount of cash inside the vehicle, outside the vehicle, we're not ruling out a possibility that this was some sort of robbery," said Chief Inspector Scott Small.

Philadelphia police are investigating what they believe is the fatal stabbing of a cab driver in the city's Juniata section Tuesday morning.

The victim was in the driver's seat when the two men in the back slashed his neck.

The driver crashed and tried to crawl get help. He was discovered about 200 yards from the crash site, deceased.

His cousin, Ju, describes the loss.
"If there's anyone on this earth that least deserved to die this way it was Junie."

Now his family faces the painful task of notifying his 4-year-old.

"His little daughter doesn't even know. How are we supposed to tell her?" he said.

Police continue to search for the men who took off running from the car.

There are multiple surveillance cameras in the area of the crash. Police are looking through that footage to identify suspects.