Journey to 'A Space Odyssey' for Valentine's Day 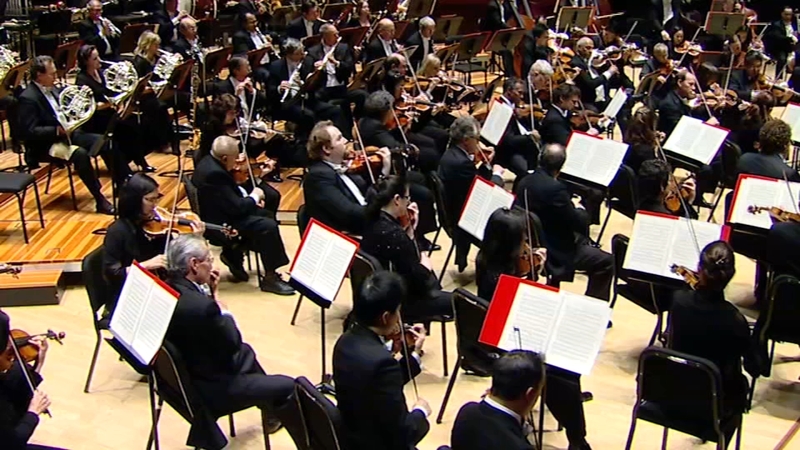 Journey to 'A Space Odyssey' for Valentine's Day

For Valentine's Day, you can take your date to another world and experience a piece of scandalous passion -- all with a trip to The Philadelphia Orchestra's Valentine's Day concert.

The concert is titled A Space Odyssey because it kicks off with music from Stanley Kubrick's 2001 film.

"Stanley Kubrick's 2001 was known for using all these great pieces of classical music," says Jeremy Rothman, the Philadelphia Orchestra's Vice President of Artistic Planning. "And most famous are those opening timpani notes and chords you hear from the orchestra."

Those famous opening notes are from a tone poem by 20th-century composer Richard Strauss.

"Of course, there's another 30 minutes of great music that come after this-soaring brass, amazing string playing, the powerful sound of the organ in the hall."

The organ is the Kimmel Center's Fred J. Cooper Memorial Organ. With seven thousand pipes, it's the largest mechanical-action concert hall organ in the country.

"You will not only hear it but you will feel it through your entire body and rattling the entire hall. So it's an experience not to miss," Rothman promises.

The program also features two works by 20th-century composer Bela Bartok, the first a viola concerto that will be played by CJ Chang, the orchestra's principal violist since 2006.

"To hear CJ with this really big lush sound he creates out of this viola," Rothman says, 'is a real moment to see him shine as an artist."

The concert will close with a ballet Bartok wrote.

"The ballet, Miraculous Mandarin, is a story of a woman of the night and her customers coming to visit her and an infatuation that a customer of hers has," Rothman explains. "It's a bit lurid in its content. In fact, it was banned when it was first performed but this music still today brings out such emotion and such power from the orchestra."

The concert will be led by world-renowned Finish composer and musician Esa-Pekka Salonen.

"He's really one of the leading thinkers that we have in classical music right now," Rothman says.